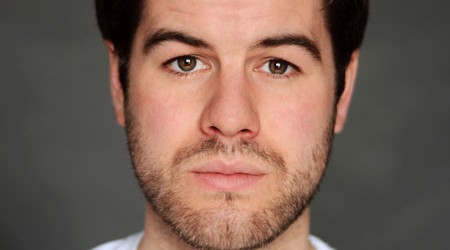 EDEN Court are delighted to announce David Rankine will be playing the title role in their spectacular family pantomime, Aladdin, this Christmas.

This will not be the first time that David, who is from nearby Elgin, has appeared at Eden Court having been part of the touring production of Over the Rainbow – The Eva Cassidy Story.

David says: “I am very excited indeed to be playing Aladdin in a fantastic theatre like Eden Court. I love panto and Aladdin is my favourite one! It will seem strange having seen pantomime at the venue to now be on stage in it but I can’t wait!

“I have appeared in pantomime before, as Prince Charming in Cinderella, but Aladdin is going to be a lot different to that. He is a lively, fun, cheeky chap who gets in to lots of mischief. I am especially looking forward to having a go on the flying carpet.”

David has had a busy year so far having been in Stratford-Upon-Avon appearing as Master Ford in The Merry Wives of Windsor at The Dell, as well as spending two weeks developing a new theatre project, The Library, with Frozen Charlotte productions.

David also spent three months using his knowledge of performance working as a drama workshop specialist with Out of the Darkness Theatre Company who work with adults with learning disabilities who wish to be involved in the theatre.

Steve Boden, managing director of Imagine Theatre, who produce the pantomime, says: “We are delighted to have David on board this year. We were very impressed with him when he auditioned and he is going to be great as Aladdin

“David will be starring alongside Greg Powrie as Widow Twankey and Ross Allan as Wishee Washee.”

After the hugely successful Sleeping Beauty last year, tickets are already selling well so we suggest you book early to make sure you get the performances and seats you would prefer.

For more information or to book tickets call the Eden Court box office on 01463 234 234 or visit the website www.eden-court.co.uk