Media Release: Staff at energy efficiency company to be given the day off to vote in Referendum 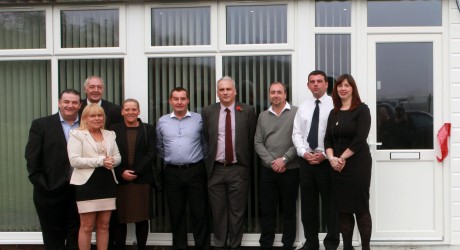 A SCOTTISH energy efficiency company is taking the bold step of giving all of its staff the day off to vote in the upcoming referendum on Scots independence.

Direct Savings believe the vote is so important to the future of Scotland they want to ensure all of their 55 employees get a chance to make it to the polls.

It is believed the, West Lothian-based, family-run firm is the first in the country to plan a shutdown on September 18.

And the move may be one of the few things both campaigns agree on with the two opposing camps backing the planned day off as it could encourage a higher turnout rate.

Jed Smith, managing director of Direct Savings – which has its HQ in Bathgate – is not concerned which way staff wish to vote on independence, but wants to give them every chance to have their say.

He said: “The referendum will be the most important vote Scots will ever face. This is a huge decision for the country and it’s absolutely essential everyone gets their say on Scotland’s future.

“The polls will be open for a long time on the day and there are other options like postal votes, but sometimes people’s plans fall through or they can be hit by huge queues at the polls on the way to work that prevent them from voting. We think by giving the full day off we can minimise these potential issues.

He added: “We’ve got 55 staff from various backgrounds working at all levels of the company in three different regional offices across the country; therefore, I’m sure they all have very differing political views.

“As an employer, how they plan to vote is not as important to me as whether or not they vote. If giving staff the day off makes it easier for them to do so, then it’s worthwhile.

“I’d be keen to see other companies follow our initiative. In fact, perhaps there is an argument for public sector organisations to make the decision to close also on September 18?”

Polling stations for the Referendum will be open from 7am to 10pm on Thursday 18th September at various chosen locations such as local community centres and primary schools.

Neither spokesperson at the Yes or Better Together campaigns had heard of any other companies giving staff the day off to vote in the referendum, but both were quick to back Direct Savings efforts to get their staff to the polls.

A spokesperson for Yes Scotland said: “This is the most important decision that people in Scotland will take in more than 300 years and we’re delighted that there’s such a strong interest in the referendum.

“It’s important that people in Scotland have their say and feel engaged with the campaign. We want as many people as possible make their vote, either at the ballot box or by post.”

A Better Together spokesperson said: “We want as many people as possible to have their say in this referendum. This is the biggest decision in the history of our country so it’s important people have the chance to vote.”

Childcare has also been a problem for some Direct Savings staff on election day as some the local primary schools are used as polling stations.

Jed continued: “A few of the primary schools in Bathgate have been used for previous elections, which has forced some of our staff to take the day off or find childcare provision –  that shouldn’t be a problem this time around.”

Direct Savings is one of the UK’s leading installers of high quality, innovative energy saving solutions, operating out of three Scottish offices in Bathgate, Perth and Peterhead.