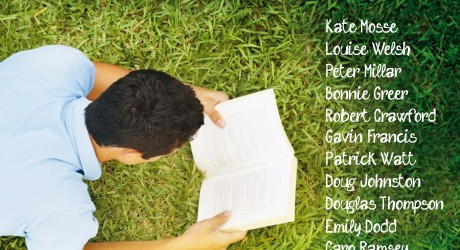 An Eden Court event in association with Sandstone Press

THE final line-up for the Inverness Book Festival has now been confirmed and tickets are on sale.

This year, there is, as always, a great line-up of authors and events – with subjects ranging from the Antarctic with Gavin Francis to 20th-century Ireland with Man Booker-shortlisted Sebastian Barry.

There is Tartan Noir with Louise Welsh and Doug Johnstone, and 1970s Chicago and beyond is explored with Bonnie Greer.

For the first time, there will be an evening of Gaelic language books, organised by the Gaelic Books Council and two important events for young readers sponsored by Publishing Scotland.

Plus, the No. 1 international bestselling author, Kate Mosse, is at the helm for the Big Book Group event.

Full details of the festival line up are available at www.eden-court.co.uk or at www.invernessbookfestival.co.uk and tickets can also be purchased there or from Eden Court’s box office on 01463 234 234.

Printed brochures detailing all events at the festival will be available from Eden Court in the coming weeks.