Media Release: Leading sales representation company for luxury hotels to give away complimentary stays during The Meetings Show 2014 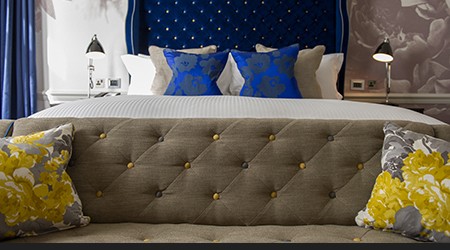 ATTENDEES who visit stand G21 during The Meetings Show taking place in London this week, will have the chance to enter a business card prize draw.

JG Collection (JGC) will give away a complimentary stay and an afternoon tea at The Ampersand Hotel in London and a luxury break at the Grand Hotel Villa Cora in Florence.

JG Collection’s portfolio presents 20 unique properties across several hotel groups: Inverlochy Castle Management in Scotland; The Derby Hotel Collection in Paris, Madrid and Barcelona; sbe Entertainment in Miami and Los Angeles (Las Vegas opening in autumn 2014 and New York opening in spring 2015); Why The Best Hotels and Grand Hotel Villa Cora in Italy, ME by Melia in London, The Capaldi Hotel & Riad in Morocco and The Ampersand Hotel in London.

The Meetings Show is recognised as the UK’s largest industry-hosted buyer event and JGC will be showcasing both The Ampersand and ME London as part of the buyers group.

Over 750 buyers and thousands of trade visitors from 50 different countries are expected to attend the event this year.

Visitors will have the chance to network with buyers as well as international brands such as Intercontinental Hotels, Accor, Marriott, Renaissance, Sheraton Hotels and Kempinsky Hotels amongst others.

John Green, managing director at JG Collection, says: “We heard positive reports about the show in year one and this is a unique opportunity for us to meet a large number of national and international buyers at the same time.

“As well as developing business relationships, we are looking forward to sharing some exciting news from the properties we work with.

“For example, Cromlix in Perthshire won the Hotel of the year award at the Scottish Hotel Awards 2014, The Redbury in Miami is in Travel + Leisure’s It List 2014, Banke Hotel in Paris welcomed renowned chef, Cyril Chevalier, last month and Claris Hotel in Barcelona has just had a summer party at their rooftop terrace attracting more than 900 people including some of the country’s celebrities and politicians.”

The Meeting Show will take place at Olympia in London from the 8th to the 10th of July, JGC’s stand will be G21.