Media Release: The future of job hunting is mobile 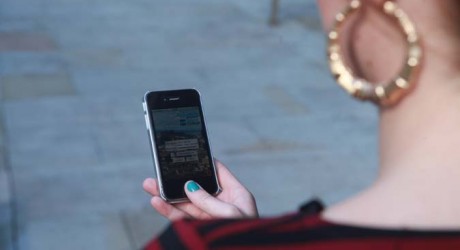 SCOTTISH job seekers are increasingly looking for their next career move on mobile devices, according to the country’s leading recruitment platform.

s1jobs most recent data reports that more than 40% of traffic to their site is now from mobile users, signalling a huge mind shift in how people now view the job hunt and application process.

Applications from the s1jobs mobile site also increased by a staggering 86 per cent in the first quarter of this year compared to 2013.

The new figures mirror the results of an Ofcom report from 2013, which showed that the use of mobile phones to access the internet had grown faster in Scotland that any other home nation. A trend that is expected to continue as society moves to a ‘mobile only era’.

Employment levels in Scotland are now higher than they were before the 2008 economic crash, and Gavin Mochan, head of Sales for s1jobs, believes mobile technology has helped the drive back to work.

He said: “Mobile recruitment grew faster in Scotland than in any other UK nation during 2013.

“People don’t have specific time set aside to job hunt anymore. More often than not, it’s a routine process people do when they are on a commute to their current workplace.

“For s1jobs, it’s an evolving process and we need to ensure people have the ability to access and use the information they need whenever and wherever they wish to carry out the entire job seeking and application process.

“Likewise, with the job market showing signs of reverting back to being candidate-driven, companies will have to work harder for quality applicants and should be investing in their employer brand and candidate attraction strategies.”

Historically, there have been some challenges with mobile recruitment. Candidates often used a mobile to investigate the next job, but ultimately had to return to desktop later to apply.

Liberating job hunters from the shackles of their desktops, s1jobs enable smartphone and tablet users to not only search listings, but comfortably apply for jobs and upload CVs using their handset.

Gavin continued: “At s1jobs we have been looking forward to the future of online recruitment. While we have made advancements in providing customers with integrated social media solutions and stitched-in career portals, free of charge, I have most enthusiasm with the leaps we have taken in the mobile space.

“At the beginning of 2014 we tasked ourselves with changing candidate behaviour from a job investigation phase on mobile to one where the candidate was comfortable applying. To solve this we have introduced multiple options to apply.

“Now on the s1 mobile site, candidates can apply for roles using a plethora of options which include picking their CV directly from cloud storage companies like Dropbox or Google drive.

“They can also attach their social profile as an alternative or simply remind themselves to apply for the role later. And of course the option is always there to apply with their previously stored s1jobs CV.”

s1jobs attract up to 20 per cent more mobile traffic than other sites. By allowing users to personalise their homepage with desirable jobs and enabling job alerts to be sent directly to the mobile device, s1jobs believe they give users the edge in a competitive job market.

Gavin added: “Instant updates when relevant jobs are posted can be vital to landing job roles because availability is important when there are a plethora of potential applicants.”

s1jobs is Scotland’s number one recruitment platform, attracting over 600,000 users every month and is used by over 2,000 companies. s1 also operates websites in the property (s1homes), entertainment listings (s1play), and automotive (s1cars) markets.