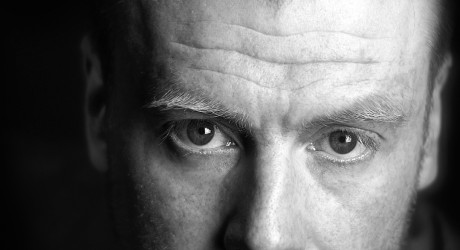 CRIME thriller, Falling Fast, the debut novel by Neil Broadfoot, has been shortlisted for the Deanston Scottish Crime Book of the Year Award, placing him alongside some of the top names in Scottish crime fiction, including Chris Brookmyre and Louise Welsh.

To celebrate, Saraband Books is running a competition for one lucky reader to appear as a character in the second book of the Falling Fast trilogy, due out in 2015.

To qualify, simply tweet why you liked the book along with #FallingFast before 31 August 2014. Neil will pick the tweet that he likes the best and the winner will see their name appear in his next book.

The winner of the Deanston Scottish Crime Book of the Year Award will be announced on 20 September at Bloody Scotland, Scotland’s International Crime Writing Festival, which takes place in Stirling from 19 to 21 September.

Neil said: “Being shortlisted for the Deanston is an absolute honour – and totally surreal.

“The crime-writing scene is bursting with incredible talent and great people at the moment, and to be plucked from all those brilliant writers is a humbling experience.

“I’ve been a fan of Bloody Scotland as a reader for years, to be here now on the shortlist is just fantastic. Bloody brilliant, in fact.”

From its shock opening to the final jaw-dropping twist, Falling Fast draws the reader into the world of Doug McGregor, a crime reporter juggling two stories: the hunt for a convicted rapist and the grisly death of a prominent politician’s daughter.

The other shortlisted titles are: Flesh Wounds by Chris Brookmyre;  The Amber Fury by Natalie Haynes; Entry Island by Peter May;  A Lovely Way To Burn by Louise Welsh;  In The Rosary Garden by Nicola White.

“Broadfoot is the real deal. A superb debut.”  Crimesquad.com

“The chapters are a series of stabs, swift, to the point. The style is informative, atmospheric, often underscoring mood. The knots in the plot unravel with timely stealth.” The Scotsman

“A full-on plunge into the gritty realms of crime horror … A great meaty crime read with a true grit core.” Laura Piper, STV

“There’s a certainty of purpose, a clarity of voice and a real sense of danger leaking from the pages of this politically charged crime drama.”  Russel D McLean

Neil Broadfoot worked as a journalist for 15 years at both national and local newspapers, covering some of the biggest stories of the day. A poacher-turned-gamekeeper, he has since moved into communications: providing media relations advice for a variety of organisations, from Strathclyde Fire & Rescue Service to high-profile sporting clubs in Scotland. He now works as a communications officer in Edinburgh.

Neil is married to Fiona and a father to two girls, meaning he’s completely outnumbered in his own home. He lives in Dunfermline, the setting for his first job as a local reporter. Falling Fast is his first novel.