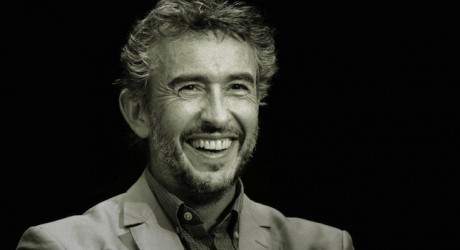 FINANCE professionals from paymasters to accounting clerks said they’d rather have fictitious Alan Partridge compere their big night ceremony, ahead of Guy Garvey, even if the pop star brought his multi-award winning band, Elbow, along to perform.

In an entirely for fun survey, ahead of next month’s North West Finance Awards, guests were asked who they’d like to see up on stage at Bolton’s Macron Stadium, handing out the trophies.

The choice of real-life Steve Coogan – in character as delusional DJ, Alan Partridge – trumped the erudite Elbow signer and songwriter.

Coogan, who once portrayed Manchester’s 24-hour party person, Tony Wilson, and is slated to appear in the upcoming British feature film, Northern Soul, came out top among fantasy choices to compere the awards.

Falling by the wayside were alternative star turns drawn from the cream of talent in the North West of England.

Organiser of the awards, Salford’s Steven Crohill, whose stage experience extends to a season as a Butlins red coat, doesn’t expect however to have to relinquish his compere slot any time soon.

He has though put in a call to North Norfolk Digital, the radio station where Partridge is believed to still host the weekend graveyard slot to a select but loyal audience. “The accountants have taste – but there’s no accounting for it,” said Crohill.

Proving that they can put the farcical in financial, subscribers to the North West Finance Awards website voted into second place a trio of Gallaghers – Noel, Liam and Frank, the fictional patriarch of Shameless, played by Manchester actor, David Threlfall.

Guy Garvey and Elbow nudged into third place, just ahead of a Rochdale dream team of Anna Friel, Lisa Stansfield, and a reborn Gracie Fields.

“They may have collectively buried a co-star under the patio, been all around the world, and built the thing-ummy-bob that’s going to win the war,” said Steven Crohill, “but they’re fourth choice to host the awards.”

Trailing in a surprisingly distant fifth was a timeless reunion of The Beatles. “Maybe ‘Taxman’ struck a discordant note with our audience,” said Steve Crohill. “Even though it was written about 20 years before the majority of the awards guests were born, it’s still there on the balance sheet.”

Around 900 guests, celebrating the unsung of local heroes of industry are expected on the 25th of September at the North West Finance Awards, at Bolton’s renamed Macron Stadium. This year, the awards support the local children’s cancer research charity, Kidscan.

Image of Steve Coogan free to use on request if credit included please – either in image or if cropped “© philwilkinson.net”

The North West Finance Awards is the biggest event of its kind in the region. The awards attract hundreds of entrants and attendees, and has a raft of high-profile sponsors from across industry and across the North West (www.nwfinanceawards.co.uk).

Diary Date for the awards ceremony and gala dinner is the evening of Thursday 25 September 2014, at the conference facilities within the Macron (Reebok) Stadium, Bolton.

Charity partner for NWFA 2014 is Kidscan, the North West of England based charity, working with the equally unsung heroes who seek cures, give support, and cope with childhood cancer.

Press tickets for working journalists are available from the organisers on application. Contact NWFA PR attache, Simon Walton at waltonsg@uwclub.net or 07540 313018.