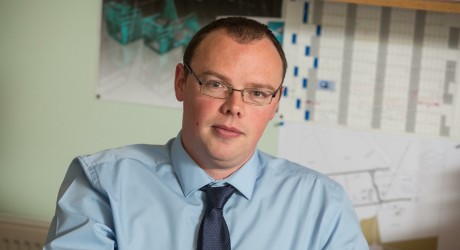 AN Aberdeenshire-based marine equipment specialist is preparing to complete its first year of business in Norway ahead of its projected target.

Motive Offshore, which is headquartered in Boyndie, near Banff, in Aberdeenshire, has exceeded its NOK 5m target at its Norwegian base and is in line to double turnover in the coming 12 months.

The equipment specialist, which was first established in 2010 by James Gregg, Dave Acton and Bob Smit, has experienced significant growth since launching Motive Offshore Services AS in Norway last October.

The firm, which is exhibiting at the Offshore Northern Seas (ONS) Conference and Exhibition in Stavanger, for the first time this week, has future plans for additional staff and significant investment in rental equipment for the Norwegian base.

James Gregg, chief executive Officer at Motive Offshore, said: “Since we launched in Norway last year, Motive Offshore Services AS has experienced rapid growth, with increasing demand from customers and strong growth in turnover, which is a real achievement at this stage of the business.

“As a whole, Motive Offshore has been very busy in the last four years, both in the UK and internationally, so it was important to have a presence in one of our key markets, and it is already exceeding our expectations and strategic growth plans.”

Sales manager at Motive Offshore Services AS, Finn Wold, said: “We are continuing to grow and expand the Norwegian division, with an increasing client base in the region and further afield.

“ONS is a very important event in the energy sector calendar, it is great to be exhibiting so we can showcase our services, up-to-date equipment and further develop relationships with new customers.”

Motive Offshore, which specialises in the manufacturing and rental of high capacity winches, umbilical deployment equipment and specialised subsea equipment, has achieved exceptional success since launching less than four years ago and now has over 100 employees across its three bases.

In the last year, the firm has ploughed in excess of £2m into its rental fleet to further strengthen and provide the industry with a new generation of high quality marine equipment.

ONS, the four-day exhibition that starts on 25 August, will see more than 1,200 companies exhibiting and nearly 40,000 decision makers from more than 90 countries visiting.

Motive Offshore will be showcasing its equipment and services on the Scottish Pavilion stand in Hall J, Stand 916.

To find out more about Motive Offshore call 01261 843 537 or email info@motive-services.com