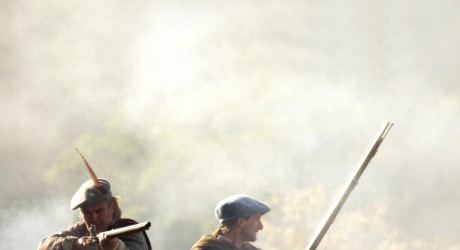 THIS morning, an art installation in Waverley Station will be unveiled to celebrate the 200th anniversary of the stations namesake and Walter Scott’s most enduring masterpiece.

This is one of the many Scott-themed events happening across the city over the coming month, organised by the UNESCO City of Literature Trust to help people re-discover his life and work.

To coincide with these events, Luath Press and Jennie Calder have released a revised edition of Waverley, adapted for the modern reader. Cutting Scott’s lengthier descriptive passages and adding footnotes to provide explanation where necessary, Calder has brought Waverley to life for a whole new generation.

Two of Scott’s other novels, The Heart of Midlothian and Ivanhoe, have received similar treatment by David Purdie – former chairman of The Edinburgh Sir Walter Scott Club.

Cutting down the novels to make them more accessible, Purdie says: “He was our greatest novelist, as Burns is our greatest poet, and he deserves to be widely read.”

For more information on these three books, click the links above to be taken to the Luath website. For further details of The City of Literature’s Great Scott! campaign, click on this link.

If you would like to contact David Purdie or Jenni Calder for interviews or events please do not hesitate to get in touch by writing to Rosie Stephen at rosie.stephen@luath.co.uk or calling 0131 225 4326.