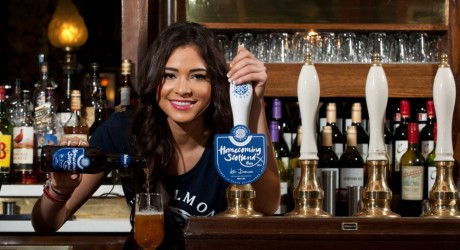 PERTH beer makers, Inveralmond Brewery, have lots to say ‘cheers’ about after being shortlisted for an award at this year’s Perthshire Chamber of Commerce Business Star Awards 2014.

The talented team will be battling it out in the Excellence in Food & Drink Produce Award against some tough competition from other high profile local businesses.

This shortlisting is another accolade for the Perth-based business where the team pride themselves on brewing ‘Beautiful beer from the heart of Scotland’. Since opening for business in 1997, Inveralmond Brewery has grown its popular beer range to one that now reaches an international audience with beer lovers enjoying their frothy creations as far afield as Russia and China.

“Being shortlisted by the Chamber is great news and recognises the hard work, creativity and dedication of everyone who works at Inveralmond Brewery. It is particularly rewarding to be acknowledged by the local business community as we are very proud of our Perth connections and being based in such an exciting part of the country.”

The Business Star Awards will recognise the very best of local companies in Perthshire in what has been an outstanding year for businesses of all sizes in the area. The winners will be announced at a glittering awards ceremony taking place on November 22nd at Crieff Hydro.