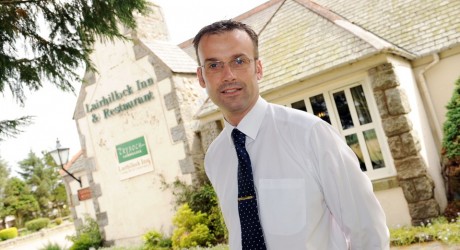 ONE of the North-east’s last remaining traditional country inns is celebrating after being named one of the best in the UK by a leading food guide.

Reviewers from Harden’s, and The Times newspaper selected, The Lairhillock Inn at Netherley, near Stonehaven, to feature in the ’25 best country pubs for food’ list.

The historic restaurant, which was taken over by the Law family in 2007, is renowned for its home-cooked local favourites and Scottish classics that are freshly prepared each day and was the only Aberdeenshire restaurant, and one of just two in Scotland to make the list, with the Applecross Inn at Applecross in Wester Ross also getting a mention.

The list picked out venue’s offering the best pub food in the UK, where the fare on offer was “more likely to be lobster bisque or home-smoked duck than pickled eggs and chicken in a basket”.

Writers from Harden’s praised the Lairhillock and its staff, and said: “They take their food seriously at this family-run historic coaching inn that’s set in ruggedly beautiful rural Aberdeenshire and overflows with rustic charm. They not only peat smoke their own salmon and serve it with wasabi butter, but they smoke chicken and duck too, as well as haddock for their take on the Scottish classic fish soup ‘Cullen Skink’. The selection of grilled steaks could only be Aberdeen Angus.”

The Lairhillock Inn, which is believed to have a 200-year old history, is very much family-run with all family members playing an important role in the running of the business. They have remained true to the original concept of the restaurant, offering something unique to the North-east, with traditional Scottish style and character throughout.

Manager of The Lairhillock Inn, Donald Law, said: “To be one of two Scottish establishments to make this list is a fantastic achievement and one which we are extremely proud of. For us to beat other similar pubs in the North-east – an area with an abundance of fine dining options – really is testament to how hard all the staff here work to create the best possible environment for diners.”

The Lairhillock’s chefs use only the very best local produce to create their dishes, and put a modern, luxury twist on traditional Scottish classics. The restaurant is the only remaining traditional country pub of its type left in south Aberdeenshire.