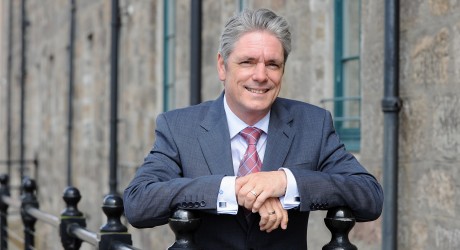 A LEADING Scottish HR and employment law firm has warned firms to stay on top of changes to pension legislation or risk a heavy fine.

A recent survey of small businesses – here – has shown that almost a third of firms in Scotland are still in the dark about new pension auto-enrolment rules.

Specialist Scottish employment law and HR company, Empire, has now advised business owners to be prepared for the legislation to affect them as a new wave of firms become liable to offer employees a pension scheme.

Under the legislation every firm will, by 2017, be required by law of automatically enroll employees into a workplace pension, with workers having to manually opt out of the scheme if desired.

According the study, carried out by Barclays bank, Scotland has the highest proportion of small business still unprepared for auto-enrolment, with 31 per cent having ‘not thought about it yet’ compared to only 19 per cent in London.

Across the UK 29 per cent do not know when their ‘staging date’ is, and a quarter do ‘not know anything about the auto-enrolment staging process’.

Of those companies already in the system, 29 per cent sought professional advice from a firm, such as Empire, and 37 per cent said they were completely prepared.

From 1 November this year, all companies with 59 employers will need to offer workers a pension, with all firms with 50 or more required to have signed up by 1 April next year.

Firms that fail to comply by their ‘staging date’ could be faced with a large fine.

Steve Cook, CEO of Empire, said: “These new rules may seem complicated, but it is extremely important that employers take them seriously, as the government is likely to take a dim view of non-compliance.

“By contacting a dedicated advisory service, such as ourselves, employers can take some of the stress out of hunting down the rules which affect them and of trying to comply on time. Ultimately, by 2017 every firm, no matter its size, will be affected by these rules so it really is a case of forewarned is forearmed.”

As well as enrolling workers, employers are also required to choose a pension scheme which meets certain minimum legal requirements, update each of their employees on their pension and enrolment status, maintain the scheme on an ongoing basis and keep abreast of employees’ enrolment status and regulatory updates.