Media Release: Charity concert with the backing of ‘The Boss’ 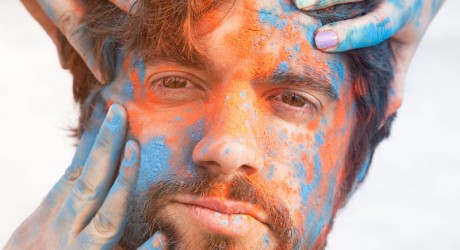 Rock superstar, Bruce Springsteen, is a big-time supporter of a charity staging a fund-raising concert in Glasgow on this month

THIS year’s Scottish leg of the Light of Day (LOD) charity gig features eight acts, including five from the USA – and, once again, all are performing for free.

Staged in aid of research into neurological diseases, all money raised from the Friday, November 28 gig at Ivory Blacks in Oswald Street goes direct to charities.

This year – it’s the fourth LoD Scotland show – Guy Davis, Joe D’Urso, Anthony D’Amato and Rob Dye from the United States will be joined by home-based talent Maeve O’Boyle, The Addies as well as top Springsteen tribute band, The Rising.

LoD Scotland is organised by city businessmen and keen music fans, Mike Simpson and Graeme Brown, both of whom have relatives with MS and Parkinson’s.

“The guys from the States all have close connections to Bruce Springsteen, who has headlined nine out of the 13 LOD concerts over there,” said Mike Simpson, a fan of The Boss who has seen him live almost 100 times all over the world.

“We are hoping to top last year’s amount so we really appreciate the fantastic support we’ve enjoyed in the past.”

‘Light Of Day’ is the title of a Springsteen song and a film starring Parkinson’s sufferer, Michael J Fox. The charity was established in 2000 to raise money for the disease after Bob Benjamin, a well-known music figure in the New York area was diagnosed with Parkinson’s.

“We always say we can’t have Springsteen but we do have a great line-up of US and home-grown talent,” said Graeme Brown.

“We’ve got a strong line-up again so we’re hoping for a good turn-out. Half the money raised goes to the Light of Day Foundation and half to local charities in Scotland – Revive MS Support and Funding Neuro.”