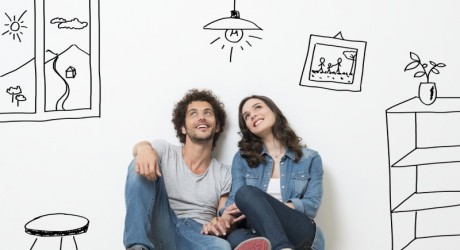 THE property market was the top headline for Chancellor, George Osborne, in this year’s Autumn statement, with a radical change to Stamp Duty which should see the vast majority of Tayside homebuyers better off.

Highlighting that the UK is currently the fastest-growing economy in the G7, the Chancellor grabbed everyone’s attention with the news that Stamp Duty was to shift from a so-called ‘slab’ tax to a ‘slice’ tax, like income tax.

However, before everyone rejoices in their new found wealth, a property expert at Miller Hendry Estate Agents in Tayside has warned that these new Stamp Duty rules will only be applicable in Scotland until the separate Scotland Land and Buildings Transaction Tax (LBTT) come in to force on 1st April 2015.

Amanda Frenz, partner at Miller Hendry Estate Agents, commented: “The budget was essentially good news for Tayside property buyers. Across Tayside, the average house prices in November were between £144,611 in the Dundee area and £166,540 in the Perth area. As a result of the budget, the average homebuyer should be around £835 better off in Perthshire and around £1,054 better off in Tayside under the new tax regime.

“For those buyers further up the property ladder, with properties valued at more than £250,000, the savings could be much higher. However, there’s a sting in the tail. Under the new Scotland Land and Buildings Transaction Tax, which comes into force in April 2015, the Scottish Government has applied a new ten per cent band, which will apply to these more expensive properties. In England, the tax on property of the same value would only be five per cent. This clearly indicates there is a window of opportunity to sell between now and April 2015 when significant savings can be made.”

Both new tax regimes mean that buyers will only pay at the relevant rate for each band, rather than a flat rate across the whole amount. The result is that most buyers should find there’s less cash to pay on completion – Government figures suggest average buyers across the UK will save £4,500 under the new Stamp Duty rules. Scottish buyers need to be quick if they are to take advantage of this change in the tax regime.

“This move will be welcomed by most people, although buyers in Scotland for housing valued at more than £250,000 will have to re-work their sums and possibly bring forward their plans. Their English counterparts will only be affected by the ten per cent tax when they are buying properties valued at more than £925,000, whereas Scottish buyers will have to pick up the tab the minute their property purchase goes over £250,000. Putting it simply, the next few months represents an excellent time to buy and sell property.”

To see how the figures work out, use the calculator been set up on Government websites:

For more information on Miller Hendry, please contact Tricia Fox on t.fox@volpa.co.uk or 07989 955039