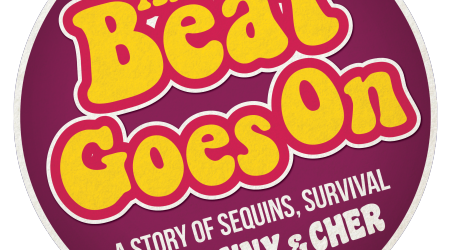 A NEW generation of theatre-goers is expected to join loyal drama audiences this season in Perth Concert Hall as Horsecross Arts presents an exciting mix of visiting and home-produced productions of relevance and interest for all ages with a special ticket price of £5 for under-26’s.

‘Bard in the Botanics’ bring their acclaimed production of William Shakespeare’s Romeo and Juliet to Perth Concert Hall on Friday 13 February. This fresh take on the age-old tale of young love battling against the odds is a Valentine’s treat for hopeless romantics, lovers of the bard and a must-see for any young person studying the text.

Another classic tale is given a modern twist in Perth Concert Hall on Wednesday 18 February as the multi-award winning touring company Sell a Door Theatre presents Jo Clifford’s new adaptation of the Robert Louis Stevenson favourite Jekyll and Hyde. Set in an alternative London of the future, Dr.Henry Jekyll is a high-profile cancer specialist, determined to find a cure for mankind’s greatest medical challenge. Making himself the subject of his own experiments, Jekyll steps into the unknown and unleashes his inner demons. Trapped in a corporate world, Dr. Jekyll must choose to keep hold of his own identity as he revels in the freedom and chaos of his hideous alter ego: Mr Hyde. But is the choice still in his hands?

Written and performed by Kenny Boyle, this one-man show tells the story of Anachronism, who spends his days working in a supermarket and walking his puppy and his nights wearing a mask and spandex. Set on a rooftop over-looking the city the audience join our Hero as he tells the story of his life through comedy, story-telling, and fast-paced gripping performance poetry.

“The real core of the story is that everyone reaches that crucial point in their life where they know there is something they are brilliant at. Something they are made to do. But when you reach it you don’t necessarily know what that thing is! This play tries to make sense of that,” explains Kenny Boyle.

“In a sense it seems like that message is for teenagers and young adults, and actually that IS one of the things I love about the show – it speaks to that often neglected demographic, but really it’s universal. Some of the most interesting 40, 50 or even 60 year-olds I know still have moments where they consider following dreams that may have fallen by the wayside. The most interesting among them actually do it!

“It’s not just a show about escapism and finding your place in life though! There’s also a load of stuff about super powers and explosions. And I’m pretty sure everyone loves those.”

Presented by Sleeping Warrier Theatre Company and The Beacon Arts Centre Love 2.0 is a darkly comic new play all about love, hook-ups, Facebook and Simply Red.

One fateful evening, Big Dave tags Susie in one of his Facebook photos and changes loner Gary’s life forever. This is a story all about falling in and out of love in 2015, and how on Facebook, not all is quite what it seems…

Innovatively staged and directed, this piece of brand new writing will strike a chord with anyone who’s ever had to talk to another person on the internet.

And finally, the music of pop icons, Sonny & Cher, provides the back track to Horsecross Arts and Random Accomplice’s touring production of Stef Smith’s new play And the Beat Goes On in Perth Concert Hall from Thu 2 to Sat 4 April.

Peter and Lily have a secret. They love Sonny & Cher, their favourite celebrity couple of all time. With a string of hits in the 1960s and a successful American variety TV show in the 1970s, Sonny & Cher seemed mismatched, camp, and good, honest fun.

Decades later Peter and Lily are still listening to their records, still lip-syncing to their songs and practicing their comedy routines every evening. But beneath their obsession with sparkle and showmanship is a tragedy. And as dark truths start to pop their bubblegum act, it becomes clear not everything is quite as it seems…

And the Beat Goes On is directed and designed by Horsecross Arts associate director for theatre, Kenny Miller, and stars Johnny McKnight and Julie Brown.

“We are delighted to continue with our Perth Theatre Out and About offering while the theatre is undergoing restoration and redevelopment. From love across boundaries, facing inner demons, unearthing chilling secrets and flights from reality, this season is all about timeless themes that traverse generations and we look forward to welcoming theatre lovers from teens upwards through our doors for an entertaining and eclectic mix of new and classic writing.”