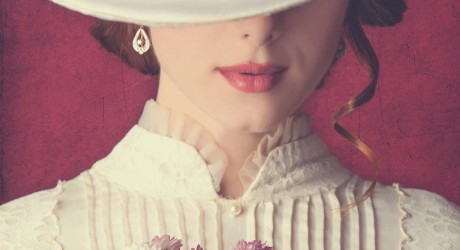 A HONEYMOON in Paris was the starting point for a romantic historical novel by Scottish writer, Maggie Ritchie, to be launched later this month (Feb 26).

Paris Kiss is a tale that transports the reader to the studio of the legendary sculptor Auguste Rodin in 1880s Bohemian Paris and involves the reader in a compelling drama.

At the centre of the story is young English sculptor Jessie Lipscomb, who joins her friend Camille Claudel to become a protégée of the great Rodin.

Jessie and Camille enjoy a passionate friendship and explore a life of work, love and play in a vibrant city, meeting artists such as Toulouse-Lautrec and the boldly unconventional Rosa Bonheur.

But when Rodin and Camille embark on a scandalous affair, Jessie is cast as their unwilling go-between and their close bond breaks down.

Years later Jessie tracks Camille down to an asylum for the insane where Camille reveals an explosive secret: can their friendship survive the betrayal?

“I worked on the book for several years after the idea came to me on my honeymoon in June 1999,” said Maggie, who lives in Glasgow.

“I did deeper research on our return but went back again to Paris for our first anniversary so that I could delve further into what I wanted to write, not that you need an excuse to visit the French capital.

“I developed the book further when I undertook and completed a MLitt in Creative Writing at the University of Glasgow. Fellow students on the course and our lecturers encouraged me all the way – so I stuck at it and eventually wrote the final page in 2012.

“It needed a couple of re-writes after that and then book agent, Jenny Brown, decided to add me to her list of authors. Jenny’s efforts led to Saraband Books taking up the option to sell it.

“I’ve had lots of valuable support without which Paris Kiss would still be only a dream in a notebook. The feedback so far has been hugely positive so I hope people buy it and enjoy reading it.”

Maggie, who won the Curtis Brown Award for the novel in 2012 during her University course, and was runner-up for the Sceptre Prize 2012 and longlisted for the Mslexia First Novel Competition, has two more books in progress.

Publisher, Sara Hunt, said: “This is sumptuous historical fiction, written with passion, drama and flair. Maggie immerses us in glamorous Belle Époque Paris, explored by two young artists with the world at their feet.

“By any standards, it’s a tremendous achievement – and it’s all the more impressive from a first-time author. The publication of Paris Kiss heralds the arrival of an exciting new talent on Scotland’s thriving literary scene.”

•Paris Kiss will be published on February 26 by Saraband priced £8.99.

“Intense and satisfying. It will haunt you.” Sara Sheridan,

“A mesmerizing canvas of love, friendship and betrayal.” Laura Marney.