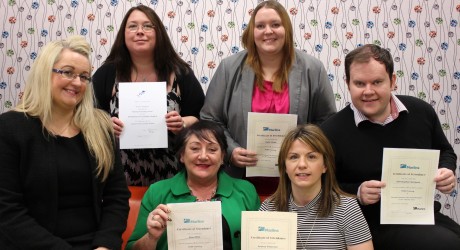 A LEADING North-east recruitment firm is encouraging seafarers to undertake new security training ahead of mandatory deadlines in July 2015.

Genesis Personnel, which has offices in Aberdeen and Peterhead, has recently expanded its specialised training for the shipping/maritime industry to incorporate new training requirements, following amendments to the Standards of Training, Certification and Watchkeeping (STCW) by the International Maritime Organisation (IMO).

Says a spokesperson: “The new regulations, which first came into effect in 2012, states that everyone employed or engaged on board ships of any kind, whether deck, engine/technical, hotel, superyacht or concession, must complete a formally recognised STCW security training courses by 1 July this year.

“The two levels of training include, ‘Security Awareness’, intended for seafarers and crew who do not have designated security duties but need to recognise and understand security threats; and ‘Security Duties’ which expands on the awareness course with additional and practical information for crew members with designated duties who are more likely to face a security threat, such as bridge watchkeepers and gangway staff.

“Genesis Personnel is one of the only approved test centres in the North-east to provide and deliver Marlins’ online STCW Security training courses and assessments, which are recognised by UK MCA. The firm has partnered with Marlins for several years on English-language testing, using the ISF Marlins English Language test for seafarers and the ISF Marlins Test of Spoken English (TOSE).”

Marine and Offshore manager at Genesis Personnel, Andrea Paterson, said: “Whether you work on board a ship or employ people who do, the STCW security training must be completed by July. Importantly, the training will need to be certified by an approved test centre for UK MCA purposes. We now have more than 10 members of staff fully qualified to support candidates, administer tests and certify crew for our clients from both of our offices in Aberdeen and Peterhead.”

Catherine Loggie, from Marlins, said: “Security at sea and in ports is an ongoing concern for the maritime industry and the IMO is working to improve awareness of the issues. The UK MCA have approved Marlins’ online STCW security training, requiring the test component of Marlins’ online STCW Security courses to be carried out under strict exam condition, within a Marlins Approved Test Centre. We are delighted that Genesis Personnel now offer this service for maritime personnel in the North-east, demonstrating their commitment to supporting training standards.”

Genesis Personnel, which has a specialised marine division, has been a Marlins approved test centre since 2011, is fully up-to-date with all the latest regulations and now has 50 per cent of staff on-site to deliver the training. The ISF Marlins English Language test for Seafarers, and the ISF Marlins test of Spoken English (TOSE), are assessment tools used to test seafarer’s understanding of both written and spoken English, vital for safety when working internationally.