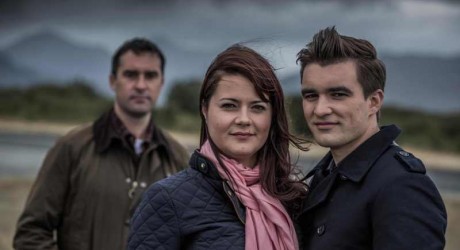 BBC ALBA’s new Gaelic drama Bannan – the first drama series to be produced for the channel – has been re-commissioned for a further ten episodes.

The announcement follows Bannan’s nomination in the drama series category at Celtic Media Festival 2015, to be held in Inverness next month. The shortlist sees the BBC ALBA show vying for the honour alongside acclaimed programmes including Shetland and Sherlock.

The new programmes will take the total number of episodes produced to 18.

Bannan debuted at the Edinburgh Film Festival last year and subsequently broadcast on BBC ALBA last autumn. The next five episodes are currently in post production with a further ten in development.

Co-funded by MG ALBA and Creative Scotland, Bannan is filmed on the Isle of Skye and is produced by The Inbetweeners’ Chris Young and directed by Tony Kearney.

The series tells the story of Màiri MacDonald’s return to the island home she deserted eight years ago, leaving her family and the place, its claustrophobia and its customs. She initially returns for the funeral of a family friend but the emotional ties (‘bannan’) see her remain on the island.

Margaret Mary Murray, head of service for BBC ALBA, said: “Bannan has been a major step forward for the channel and we are delighted to be able to commit to the development and production of a substantial number of new episodes.

“Chris Young’s production and Tony Kearney’s direction have not only captured the outstanding landscape in which the drama is set but also a real sense of the interwoven lives on the island community.”

Chris Young, who produces the series for Young Films, said: “We have been delighted with the reception Bannan has received thus far, and the new episodes will allow the writers and the actors to really develop the characters.

“The new series contains powerful stories featuring contemporary issues – with a beautiful landscape as a backdrop. Such tales have a universal resonance, and we are confident that the audience will be surprised and delighted with what we have in store for them this Autumn.”