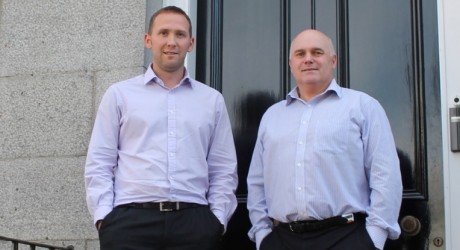 Zenith Energy has been shortlisted as a finalist in this year’s Elevator Awards 2015, formerly known as the Grampian Awards for Business Excellence, in the Business Success Under Three Years category.

The independent well engineering and project management company, which was established in 2012, has experienced continued success and started the year on a high drilling one of the UK’s first conventional onshore exploration wells of 2015.

The firm, which expanded into new premises at the end of last year, now has 18 employees, with over 100 years of professional experience in the industry. Over the last two years, Zenith has more than doubled its client list to 20, working with a number of large operators in the UK, Ireland, Norway, France and West Africa.

Managing director of Zenith Energy, Martin Booth, said: “As a relatively new company, Zenith Energy has continually exceeded expectations and grown quickly, so it’s great to be shortlisted as a finalist. 2014 was a fantastic year for the business as we continued to increase our client portfolio, securing further contracts and strengthening our team.

“We also secured our first full project management contract which happened to be the UK’s first conventional onshore exploration wells of 2015, which reflects our progress and capabilities to date. This nomination will give the whole company a major boost, as we continue to grow and expand.”

Zenith Energy, which is based at Bon Accord Square in Aberdeen, can provide a range of services to the oil and gas industry offering fully integrated, tailored well engineering consultancy and projected services, as well as providing personnel onshore and offshore.

The black tie awards, which are organised by Elevator and headline sponsors, RBS – Ahead for Business, will be held at the Mercure Aberdeen Ardoe House Hotel and Spa on Thursday 25 June 2015.

Issued by Frasermedia Ltd on behalf of Zenith Energy Limited.