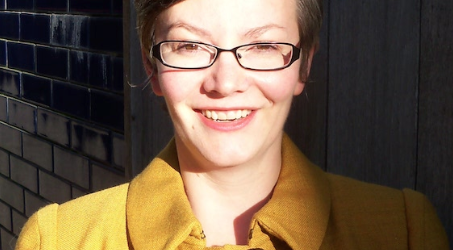 A BITING satire by debut Scottish novelist, Jane Alexander, which explores press ethics and our obsession with fame, is being published on Thursday 26 March by Glasgow’s Saraband Books.

The Last Treasure Hunt – already being described as a book that ‘marks the arrival of an important new voice’ – tells the tale of how, in an age celebrity and instant success, jealousy and fear of failure will drive some people to do anything just to keep up…

Launch events are taking place in Glasgow, Edinburgh and London to mark the occasion, and there will also be a special online treasure hunt to test the ‘grey matter’. For more details, see Jane Alexander’s website: http://janealexander.net.

Jane, born in Aberdeen and now living in Edinburgh, says: “The Last Treasure Hunt is the story of Campbell Johnstone, who’s just turned 30 and feels he’s been left behind by life. He measures his failures against the achievements of his friends and family, and especially against the success of his childhood friend, Eve, who’s now a rising Hollywood actor.

“When Campbell tries to rekindle their relationship, he longs for the glitter of her success to rub off on him, but a single shocking night changes everything. Campbell is about to discover the bittersweet taste of fame, and in the process, struggle to save his soul and overcome his own self-delusion.”