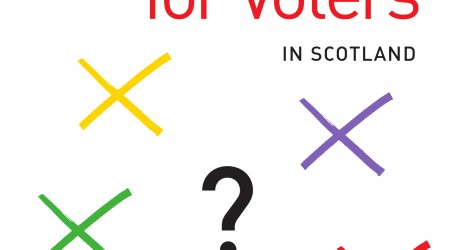 NEVER was tactical voting a more interesting proposition for Scots than in the 2015 UK General Election.

Torrance’s 2015 General Election – A Guide for Voters in Scotland will dispel some of the confusion and ensure that a Scottish perspective is never ignored.

Clear, impartial and concise, the Guide gives an overview of what each of the major political parties are offering both in UK and Scottish terms. As it went to print before the publication of any party manifestos, it is very much a general guide. It includes diagrams clarifying possible outcomes and comparing party policies.

Chapters deal with the political parties in alphabetical order to pre-empt any suggestion of bias and readers can be confident that Torrance presents an accurate summary of each party’s agenda. His final two chapters look at possible outcomes and constitutional implications.

“Uncertainty plays its part in making the forthcoming general election an interesting one, but – unusually for a UK ballot – it also has a strongly Scottish dimension… it seems likely the SNP will have a greater presence in the House of Commons than ever before.”- DAVID TORRANCE

David Torrance is a freelance writer, journalist and broadcaster who specialises in the politics and history of the long-running debate about Scottish independence.