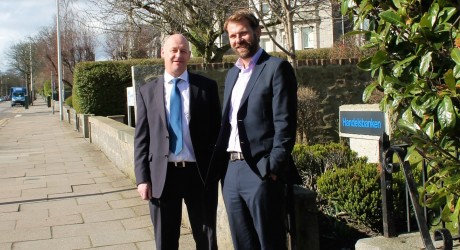 A NORTH-east property company has secured a refinancing deal in excess of £20million to support its growing Scottish portfolio.

Andrew’s Homes, which is headquartered in Aberdeen, has negotiated an agreement with Handelsbanken to cover the company’s prestigious assets in the city’s west end.

The five-year facility will anchor the company’s strategy of leasing prime Aberdeen-based properties and offer additional security to seek out new investment and development opportunities in Aberdeen and other Scottish cities.

The family-run property company owned and managed by Jonathan Harper has been a key player in the city’s property market since it was launched in 1969 by Mr Harper’s late father, Barrie.

Mr Harper, managing director of Andrew’s Homes, said: “Securing this substantial refinancing deal with Handelsbanken is a significant achievement which creates a solid foundation for us to make key decisions and consider future potential opportunities.

“This is a new relationship with Handelsbanken and business is all about partnerships and that is what my father believed in too. Securing this funding gives us the opportunity to consider expanding our portfolio further across Scotland, as well as in Aberdeen, and we are currently looking at a couple of major property deals in the Aberdeen area.”

The partnership is one of Handelsbanken’s largest deals in Aberdeen to date.

Neil Clark, Aberdeen branch manager, Handelsbanken, said: “Andrew’s Homes is a well-respected, family run business which has been around for a long time and has a very strong property portfolio in the city and further afield.

“The company’s track record in the property market and core values as a business is an excellent fit for Handelsbanken and this will be a long-term relationship working in partnership to support Andrew’s Homes with their company vision.”

Andrew’s Homes specialises in leasing high quality, Grade-A commercial properties predominantly in Aberdeen’s west end which boasts a number of well established tenants. The city’s west end is the core of Andrew’s Homes’ market and will remain the key focus of its portfolio in the future.

Issued by Frasermedia on behalf of Andrew’s Homes.