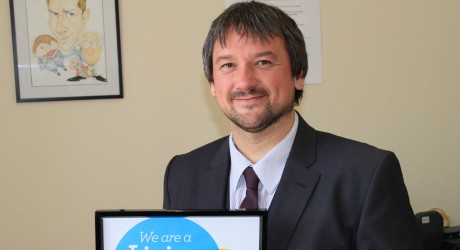 AN Aberdeen-based financial services company, has pledged to boost the pay of its staff after announcing its support of The Scottish Government’s commitment to the Living Wage.

Phil Anderson Financial Services Ltd – which has offices in Aberdeen, Ellon and Caithness – has raised the amount of money it pays some workers to coincide with the Living Wage standards, ensuring all employees are now paid above the Living Wage.

The financial services company, which specialises in mortgages, insurance, investments and pensions, employs seven staff across the three offices who will benefit from the new business accreditation.

Says a spokesperson: “The Living Wage, which is set by The Living Wage Foundation, as a reflection of the economic climate in today’s society, is based entirely on the amount that an individual needs to earn to cover basic costs of living.

Phil Anderson Financial Services is one of a number of smaller companies beginning to pledge support to the foundation after a number of larger businesses became accredited Living Wage employers back in 2014.

Phil Anderson, managing director of Phil Anderson Financial Services, said: “I am delighted to be able to make this commitment to my staff by signing up to the Living Wage accreditation.

“Staff morale in the business is extremely important and I genuinely believe our low staff turnover and high productivity is because of our commitment to our staff. We have a great team and I’m glad we can support the staff in this way.”

“We have accredited over 1,200 leading employers, including Phil Anderson Financial Services, ranging from independent printers, bookshops and breweries, to well-known companies such as Nationwide Building Society, Aviva and SSE. These businesses recognise that clinging to the national minimum wage is not good for business. Customers expect better than that.”

Phil Anderson Financial Services, which was launched in 2011, offers independent financial advice to clients and was recently honoured with a Best Business Award for corporate social responsibility.