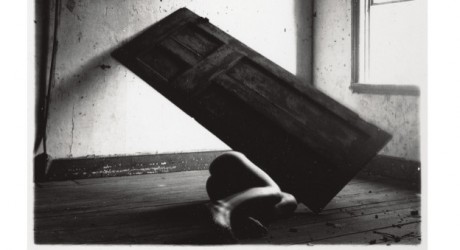 LIKE Leaves in Autumn: Responses to the War Poetry of Guiseppi Ungaretti is published to mark the 100th anniversary of Italy’s entry into WW1 on 23 May 1915.

It was his experiences on the front that inspired the poetry for which Ungaretti is renowned.

Begins a spokesperson: “This book collages words and images in a provocative way that opens fresh engagement with Ungaretti’s work and with the moral quandaries faced by individuals caught up in mechanised warfare or as citizens of totalitarian regimes – challenges that are as acute for people today as it was for Ungaretti in the WW1 trenches, many carved out of steep mountain faces or, indeed, during the Fascist regime that followed.

“These issues are addressed in fascinating ‘commentaries’ on their own poetic responses from the 21 poets who have produced electrifying new work for this book, and an essay on war and poetry by John Burnside.

“Artwork selected from the ARTIST ROOMS, an international, public collection acquired by the National Galleries of Scotland and the Tate often brings a creative dislocation.

There will be readings from the book on 28 May at the Hidden Door Festival, Edinburgh: hiddendoorblog.org

Quotes from contributors to Like Leaves in Autumn: Responses to the War Poetry of Giuseppi Ungaretti

“…the work itself expresses an intense feeling for life, that sense of the miraculous in which, as Cendrars puts it: ‘only a soul full of despair can ever attain serenity and, to be in despair, you must have loved a good deal and still love the world.”—John Burnside

“I let the spirit of the work emerge. Ungaretti’s coming battle-stained to the water triggered a memory of my grandfather who fought on the Western Front throughout the First World War and survived. He spoke freely of the Great War, often in the company of other veterans, and sometimes to me directly.” —Valerie Gillies

“As with several other Futurists, Ungaretti’s later association with Fascism was real, active and by choice. Perhaps I fail in that I am not able to separate the biographical from the aesthetic…” —Richard Price

“…what words, especially the blooms of words in poems, do – through image, metaphor, sound and silence, they represent the strange and inexplicable occurrence that is existence.” —JL Williams

GIUSEPPE UNGARETTI (1888–1970) is one of Europe’s greatest modernist poets. He was also a writer, literary critic, journalist and university professor in Italy and in Brazil. The 21 poems by Ungaretti in Like Leaves in Autumn were selected from lyrical poems written in the trenches during the First World War on ‘scraps of paper salvaged from the packaging of bullets’.

KATHERINE LOCKTON (co-editor) is a poet whose work has appeared in numerous publications. In 2013 Katherine was awarded the Inaugural Travel Bursary by the Saltire Society and British Council Scotland. In 2014, she was shortlisted for Girton College’s Jane Martin Poetry Prize and won first place in the Outstanding in the Field Poetry Competition judged by Martin Figura.

CARLO PIROZZI (co-editor) is a research fellow at the Italian Department of St Andrews University, working on the AHRC-funded project, ‘Transnationalising Modern Languages: Mobility, Identity and Translation in Modern Italian Cultures’ (2014–16). His research focuses on cultural translation and the visual history of the Italian community in Scotland.

HEATHER SCOTT (translator) has contributed poems and articles to literary magazines and has translated several volumes of Italian poetry.

THE UM-MW PROJECT is intended both to commemorate the centenary of World War One and to celebrate the 50 years since Edinburgh and Florence were first twinned. The project is in partnership with the Italian Cultural Institute and the Scottish Poetry Library in Edinburgh and has the endorsement of Edinburgh City Council and Florence City Council.

ITALIAN INVOLVEMENT IN WWI: Following the secret promises made by Allies in the Treaty of London, Italy entered the war in order to annex the Austrian Littoral and northern Dalmatia, and the territories of present-day Trentino and South Tyrol. A series of battles were fought on the mountainous border between the Austria-Hungary and Italy, between 1915 and 1918.