Media Release: A declaration of practice, of painting, as national intent 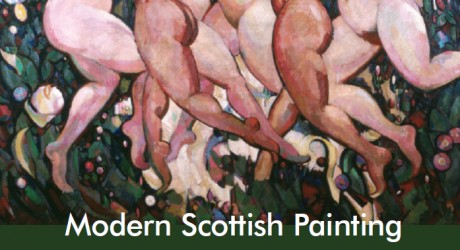 Continues a spokesperson: “Fergusson’s hope that the book would one day  be produced with colour images has now been fulfilled. This new edition brings a seminal text of the 20th century Scottish political and cultural revival into current discourse on Scottish identity.

“An essay and notes by Alexander Moffat and Alan Riach highlight the relevance today of the great Modernist painter’s philosophy, in particular, his sense of the possible for Scottish painting freed from Calvinism.

“Fergusson challenges us to think about their own attitudes to art and the artist, nationalism, politics, philosophy and modernity. All of these, he argues, are inextricably linked.”

“The central theme [is] painting and freedom – freedom from the tyranny of academic authority in taste, practice and artistic social priorities, and equally and increasingly, freedom from the coercive pressures to conform politically in British imperialism, as opposed to distinctively Scottish national art.

“His political nationalism and repeated call for Scotland’s independence is unmistakable, loud and clear, yet it has frequently been passed over in silence or only given muted acknowledgement by most of his commentators.” —Alexander Moffat and Alan Riach

ALEXANDER (SANDY) MOFFAT RSA is an artist and teacher. Many of his paintings grace the walls of Scotland’s National Portrait Gallery, including the well-known Poet’s Pub and other portraits of significant Scottish writers.

Born in Dunfermline in 1943, he studied painting at Edinburgh College of Art. He was the director of New 57 Gallery of Edinburgh 1968–78, later joining the staff of Glasgow School of Art, where he became head of Painting 1992–2005.