Media Release: Scots skiers enjoy a special year on the mountains of Europe 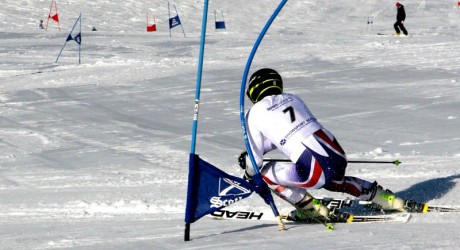 IT’S been a special year on the mountains of Europe for those brought up on the snows of Scotland.

Titles, world rankings and personal bests have all come racing in, with Scots athletes to the fore – as the enthusiasm born on the slopes of the Grampians and Cairngorm ranges has blossomed into solid success.

The gains have been felt right across the age groups with the nation’s finest ending the season last week when Snowsport Scotland took over the slopes on the Nevis range for the under-12s to bring down the curtain on six months of hectic activity with their championships that seem certain to produce the champions of the future to join the stars of today.

The one who has been attracting the big headlines has been Alex Tilley, the Aberdeen-born 21 year-old who has rediscovered her enthusiasm for the sport and, at least partly as a result, has broken through into the big time, finishing 24th in the World Championships slalom event in Colorado and shifting her world ranking from 230 to 31 — putting her in with the sport’s elite.

“To come down to where I am now is a huge jump,” she said. “Last year, I was a bit more on the European circuit, but next year it will be more on the World series – aiming to climb up the ranks that way, mix with all the big names in the sport.

“I have a lot of work to do over this summer before I can feel I can really compete in that sort of company, but that is all planned out and that is the goal.”

Like all the developing Scottish talent, Tilley started on the slopes near home, getting her first experience of skiing at Alford at the age of eight, but demonstrating such a precocious talent for the sport that it was not long before she was racing in local events and her parents saw such ability that they started paying for the extras that could lift her into the international strata. 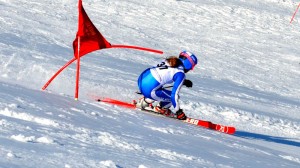 That is very much the tale of Scottish Alpine skiing. It truly is a family event, with parents shouldering the financial burden of getting the most out of the young talent before the likes of Delancey, who sponsor Tilley as part of the British Ski team, start to add their funding.

However, the season also saw the retiral of Dougie Crawford, British champion at four separate disciplines, deciding to call it a day at only 28 — just about the prime age for his speed disciplines.

Dougie has been the top Brit in speed events and is an inspiration to many younger Scots skiers.

“It has been kind of chicken and egg for him,” said Gordon, his father.

“He should have made the 2014 Olympics automatically, there is no doubt in my mind about that. It was the final straw for him, in that he had been running on a self-funded programme for two years and was so close.”

Even after that, he produced some fantastic International results.

Dougie finished his racing career at Nevis Range in Scotland winning the 2015 SnowSport Scotland Scottish championships against a very strong field of athletes.

That means he has passed the baton to the likes of Zak Vinter, the 16 year-old who has been dominating his age group and may well find Owen, his younger brother, as one of his main rivals in years to come.

Their father, Mark, has a ‘foot in both camps’, both as parent — and therefore paymaster — but also one of Scotland’s leading coaches.

“Historically, we probably had our best environment ten or 15 years ago but we are getting back up there,” he said.

“You look at the likes of Alex Tilley and a couple of the younger kids getting into international competitions and getting into the top 30s of European tournaments and European Youth Olympics.

“Zak spent last summer in Australia to get the points which meant he was the only British skier to qualify for  the European Youth Olympics in the 1998 age boys category.

“He gained a top 30 result, which was his target and the one set for him. He did well.”

These are a long way from the only highlights of the season. 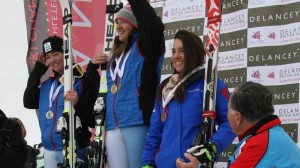 Paul Henderson, from Edinburgh, winning the English championships in Bormio Italy; Nicole Ritchie also won a bucketload of Scottish titles and is continuing in France with Orsatus racing to take the next step in her development; Cara Brown, who is also with Orsatus racing, will also see how much further she can go after winning at the British Championships; Graham Price was in a programme in Killington, USA, aiming to add to his success; and there are many, many more.

Internationally, Alpine skiing has a more established pedigree, but it is a long way from being the only snow activity that Snowsport Scotland has been backing, with Andrew Musgrave and Andrew Young leading he way in cross-country events, including a stunning win for Musgrave in Toblach.

In the more flamboyant Park and Pipe disciplines, Murray Buchan led the way with 18th in the World Cup in Tignes, alongside impressive performances from 14 year-old Eve Mackenzie, 16 year-old Cal Sandieson, and 15 year-old Fin Bremner.

SportScotland have ensured the growth of this sector by funding an additional two coaching posts.

All-in-all, an impressive year showing that when it comes to the demands of snow business, Scotland has got the talent coming through.