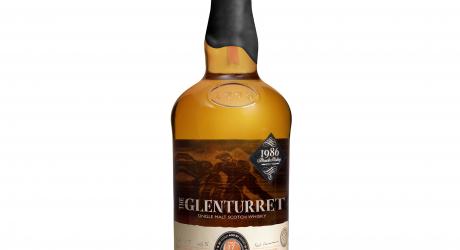 GLENTURRET Distillery has today announced its release of a rare 28 year-old single cask malt whisky, described as the best cask that has ever been produced by Scotland’s oldest working distillery.

Only 240 bottles of The Brock Malloy Edition #Cask328 (70cl, bottled at cask-strength) will be available to buy online exclusively and is expected to be snapped up by whisky enthusiasts and collectors.

The announcement comes during Scotland’s Year of Food & Drink which celebrates Scotland’s exceptional legacy of developing world-class products and a rare whisky from Scotland’s oldest working distillery that uses the traditional hand mashing processes is a fitting way to mark the celebrations.

Stuart Cassells, general manager of The Famous Grouse Experience at Glenturret Distillery commented: “The Glenturret single malt is a hidden gem in the whisky world.

“A genuinely handmade malt crafted with passion and care or, as we like to say: By Hand and By Heart.

“Cask 328 has always been known to be special and I’m delighted we are able to give whisky enthusiasts the opportunity to taste this rare and exceptional whisky.”

The cask was delicately filled and skilfully warehoused on the 16th December 1986 by two Scottish stillmen, Hugh Malloy and Chic Brock, whose names the rare bottling now embraces.

Although Brock and Malloy are no longer working at the distillery, their expertise meant that Cask 328 required no repair work during its slumbersome 28 years and, when Neil Cameron, Glenturret’s distillery manager tasted its contents, he described it as the best cask laid down that year.

This attention and care from skilled hands resulted in notes of walnuts with oranges and a hint of jasmine to the nose, with spicy ginger and honeycomb to the palate.

Neil Cameron, distillery manager at Glenturret, said: “In 1986, Chic Brock and Hugh Malloy were the two stillmen here, lovingly crafting a Highland single malt in Perthshire, the same traditional way their relatives had 100 years before.

“You can taste the passion and the fine workmanship in the liquid. This has to be one of the best Glenturret malts I have ever tried.”

A genuinely handmade, traditional Scottish product, The Glenturret only require four pairs of hands to produce it and this rare and exceptional whisky comes in a wooden gift frame made by Mike Dempsey, a Strathearn-based carpenter.

Each of the 240 bottles are hand numbered and signed by Neil Cameron, Glenturret’s distillery manager.

The Glenturret 28 year-old is available to purchase from May 1st 2015 online at http://experience.thefamousgrouse.com/store/whisky/cask-328-brock-malloy-edition