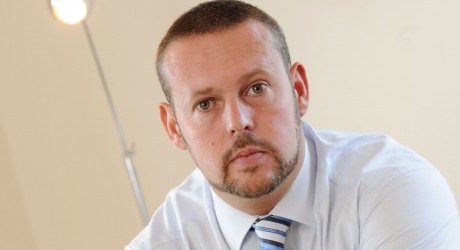 THE managing director of a leading Scottish organics recycling firm has been named as a contender in the regional finals of prestigious business awards.

Grant Keenan, managing director of Keenan Recycling, based at New Deer in Aberdeenshire, has been selected as a Scottish finalist in the Ernst and Young (EY) Entrepreneur of the Year Awards 2015.

Says a spokesperson: “The awards, organised by the global accountancy firm, aims to seek out the very best entrepreneurs from across a range of sectors throughout the UK.

“Mr Keenan launched Keenan Recycling in 2001, when he saw a gap in the market for organic recycling in the North-east. The specialist recycling firm currently processes more than 60,000 tonnes of organic waste per year at its £5million award-winning facility.

“The company, which has tripled its commercial food waste customers to more than 1,800 since the launch of the Waste (Scotland) Regulations, has significantly invested in its specialist fleet of lorries in the last year to strengthen its services.”

Entrepreneur, Mr Keenan, is also a director of the Aberdeen & Grampian Chamber of Commerce (AGCC) board, a board member of Elevator, and also chairs the Organic Recycling Group Scotland, which is part of REA (Renewable Energy Association).

Mr Keenan said: “Scotland is home to some truly inspirational businessmen and women, and it is a great honour to be selected as one of the top entrepreneurs in Scotland.

“Keenan Recycling has continued to go from strength to strength since it was established 14 years ago, and it has taken a lot of hard work and determination to make it a success. To reach the finals of the competition is a great boost.”

Steve Varley, chair and managing partner of EY UK and Ireland, said: “Our Entrepreneur of the Year programme is not only a celebration of entrepreneurship, but also builds networks which span the world.

“It’s not only about winning an award; it’s about growing networks, making contacts and leveraging knowledge.”