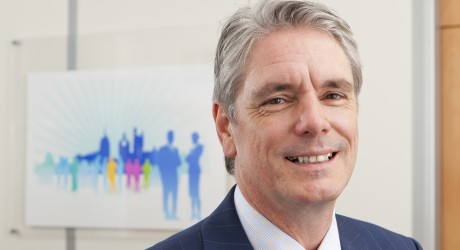 A LEADING HR expert is urging employers to be aware of changes to employment law, following this week’s UK General Election.

Steve Cook, CEO of Empire – which has offices in Aberdeen, Inverness and Glasgow – says all parties plan to make changes which could have a detrimental affect on businesses.

“A rise in minimum wage is of course advantageous to employees, but smaller businesses with tight budgets may feel less likely to take on workers at the bottom of the ladder if costs become prohibitive.”

Changes to zero hours contracts have also been debated in recent months.

Mr Cook added: “Smaller businesses, in particular, which have unpredictable or seasonal demand, need the flexibility of zero hours contracts; and, in fact, many workers are happy with that agreement.

“UKIP, the Labour and Conservative parties have supported prohibiting the exclusivity clause found on some zero hours contracts, and Labour also proposes that workers are offered a ‘regular’ contract after 12 weeks.

“The Liberal Democrats want to see workers given the right to a regular hours contract and the SNP want to outlaw these type of agreements altogether.”

Mr Cook added: “Banning exclusivity of zero hours contracts is already planned in the Small Business, Enterprise and Employment Bill 2015 and that will be beneficial for workers.

“Addressing abuse in zero hours contracts is important, but preventing flexibility in employment contracts will be detrimental to employers and workers alike”.

On the issue of EU membership, Mr Cook said: “Most of our employment laws are based on EU directives. Withdrawal would create severe challenges around the implementation of our existing laws.”

And he went on: “The Conservatives wish to outlaw strikes where less than half the workforce have voted; Labour proposes doubling paternity leave, the Liberal Democrats wish to allow paternity and shared parental leave to be a right from ‘day one’ and the SNP want to ensure women represent 50 per cent of all public boards in Scotland, while UKIP proposes allowing businesses to select British Nationals over others when recruiting.

Mr Cook added: “Employment law has not been at the top of the agenda at the leaders’ debates, but employers should be watching the outcome with interest.”