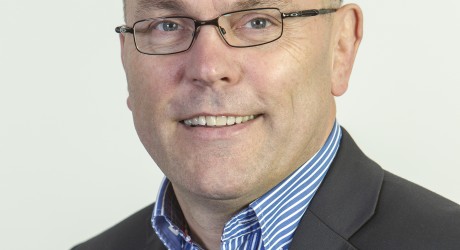 A FOCUS on developing internationalised business opportunities, whilst driving productivity and innovation, should be a key priority for the new UK Government, and the Scottish Government, according to the Scottish Council for Development & Industry (SCDI).

Ross Martin, SCDI chief executive, commented: “Following the result of the General Election, it is more important than ever that our two governments work together with a determined, collective focus on the step change required in trade and investment opportunities for businesses across our economy.

“Europe is of course a key trading area, being the world’s largest market of 500million consumers, and it is therefore imperative for the success and development of the Scottish and wider UK economy that strong links remain in place creating the conditions for the growth we seek.

“In respect of Scotland, with just 50 companies accounting for 50 per cent of Scotland’s exports, there is a real need to improve figures from their current base of around seven per cent and a value of £26bn.

“International trading of more of our companies, especially SMEs, is to be strongly encouraged if a robust and sustainable economy is to be established. We would welcome an early focus of government plans to further support the development of successful and fruitful international trading relationships.

“This will not only require investment in and better utilisation of skills, knowledge, infrastructure and resources, but economic rebalancing so that all regions, sectors and society can contribute to and share in success.

“A focus and more certainty on crucial decisions such as increased UK airports capacity, high-speed rail and secure, affordable and lower carbon energy would be welcomed.

“Action to increase business growth, innovation and internationalisation; skills development and apprenticeships; childcare provision; and greater powers for city regions, with the need for a higher priority for infrastructure investment, especially housing, transport, digital and energy are all key aspects to growing the economy.

“With more powers to be devolved to Holyrood as agreed by all parties through the Smith Commission and in the draft Scotland Bill, we encourage both the UK and Scottish governments to quickly establish a positive working relationship and a joined-up strategy to improve Scotland’s productivity, innovation and internationalisation, underpinned by infrastructure investment.”

While Scotland’s economy is growing, long-term weaknesses remain which need to be tackled to ensure its strength, resilience, inclusiveness and sustainability: