Media Release: The music of John Williams comes to Dundee 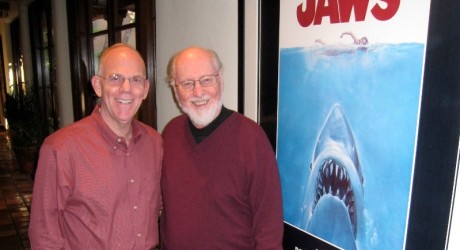 SOME of the most recognisable film soundtracks of the last 40 years will be performed live by full symphony orchestra at the Caird Hall, Dundee on Sunday 7 February, when the Royal Scottish National Orchestra (RSNO) present The Music of John Williams.

Led by GRAMMY© Award-winning Hollywood conductor, Richard Kaufman, who is a close friend and colleague of the multiple award-winning composer, The Music of John Williams will feature soundtracks from films such as Star Wars, Harry Potter and the Philosopher’s Stone, E.T., and more.

This is the first time the RSNO has brought The Music of John Williams to Dundee, following the success of similar events, last year selling out concerts featuring the film composers’ music in Glasgow and Edinburgh earlier this year.

Not only does Richard Kaufman conduct the orchestra in the music he knows and loves, but frequently imparts stories associated with the music to the audience.

Hollywood conductor, Richard Kaufman: “All the planets will be lined up perfectly in Dundee in February when one of the world’s greatest orchestras, the RSNO, brings the legendary film music of John Williams to one of the finest concert halls in the world, the Caird Hall.

“I am excited to be part of this very special musical event. The ladies and gentlemen of the RSNO bring John Williams music to life in such an extraordinary way… it’s like being on the scoring stage in Hollywood!

“The programme will include many of John’s most famous film scores… Star Wars, ET, Harry Potter, Indiana Jones, Schindler’s List, Close Encounters of the Third Kind, Jurassic Park, and several others.

“As a studio violinist in Hollywood, I was blessed to play on a number of the original John Williams scores, and I can’t wait to experience this music as it will sound in one of the world’s greatest concert venues, the Caird Hall.

“It will be a memorable musical event in Dundee!”

To purchase tickets contact the Caird Hall box office on 01382 434940 or online at www.dundeebox.co.uk.