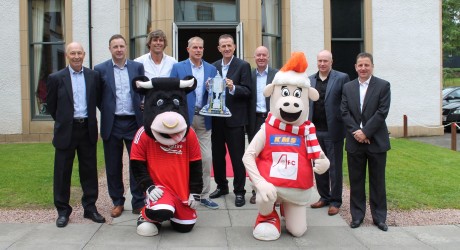 A NORTH-east charity has raised more than £13,000 to support visually and hearing impaired people, with the help of AFC footballing legends.

Money raised on the day will go towards providing services for sensory impaired people in the North-east, including technology support, a young people’s service and an elderly people’s group.

During the event, the players were joined on stage by Aberdeen Football Club legend, ‘King’ Joey Harper.

The players signed footballs and programmes for the guests, made up of lifelong AFC fans, many of whom had been at the final in 1990 at Hampden Park.

Graham Findlay, chief executive for NESS, said: “At NESS we rely upon support from the public and members of the business community.

“We are extremely grateful that so many people came out to support us last week, and of course delighted that the 1990 cup winning squad players took time out to help us raise money to support our activities.”

NESS, which has premises in Aberdeen, Elgin and Dundee provides information, equipment, social care and employment support for over 4,500 in the North-east.

The charity, which started in 1879, is the only organisation in Scotland to provide fully integrated support for both blind and deaf people under one roof.

Issued by Frasermedia Ltd on behalf of NESS.