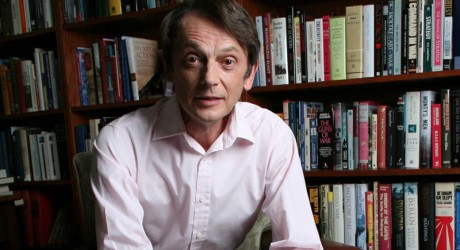 PIERS, Lord Dowding, grandson of Moffat-born hero of the WWII Battle of Britain, Hugh Dowding, will be guest of honour at a special afternoon of events to celebrate the 75th anniversary of the Battle of Britain on Thursday 27 August at the Annandale Arms Hotel, High Street, Moffat. (3pm till 5pm).

Best-selling historian, Stephen Bungay, will speak at the event, ‘Hugh Dowding and the Battle of Britain’ about his book, ‘The Most Dangerous Enemy’.

A regular on television, appearing on the History and Discovery Channels, Bungay is delighted finally to have the opportunity to visit Moffat, the birthplace of the commander-in-chief of Fighter Command from July 1936 to November 1940 and pay tribute where the great man grew up and began his education at St Ninian’s Boys Preparatory School, now Dowding House, a benevolent home for ex-RAF personnel managed by the Royal Air Forces Housing Association.

Says a spokesperson: “The strategic and tactical skills of Hugh Dowding are credited with allowing the outnumbered British forces ultimately to thwart the German air raids during the 16-week period which became known as ‘The Battle of Britain’.

“Sir Winston Churchill and Dowding did not always see eye to eye, but the war leader eventually acknowledged Dowding’s brilliance, remarking, ‘We must regard the generalship here shown as an example of genius in the art of war.’”

Gyre trustee and historian, Professor Andrew Wheatcroft, commented: “This is a unique opportunity for everyone in Moffat.

“Dowding’s uniquely effective system for controlling and managing the air war, developed and refined over years, was the true battle winner in 1940. He was a meticulous planner, who inspired most of those who worked with him, but who was shamefully treated in the factional politics of the RAF after the battle was won. It is splendid now to pay tribute to him in this way.”

Organised by local creative partnership, GYRE, there will also be an opportunity to bring along prized family heirlooms at an earlier ‘charity antique and collectable valuation’ (12pm – 2pm) with experts from Bonhams in Edinburgh on hand.

Valuations cost only £5 and all proceeds will go to the Royal Air Force Association.

Visitors note: there is a full-size, replica Spitfire in a front garden in The Glebe, near the car park at the entrance to the town.

Also, St John’s Episcopal church in Burnside will be open for viewing the Roll of Honour from St Ninian’s school, and the stained glass windows from the school chapel which commemorate old boys who fell during the Boer War.

Tickets for the talk are priced at £10, available from Moffat Book Shop and from Eventbrite online – see www.gyre.org.uk

GYRE is a creative partnership formed to enhance life in and for Moffat, the region and internationally. The partners, all resident in Moffat, have strong links with and expertise in Russia, China, the USA and other countries around the world.

Elizabeth Roberts: author specialising in Russia and the republics

MEDIA RELEASE issued by Chewbanana Productions. You too can post your story ideas for journalists (aka press or media releases), on allmediascotland.com. Email here for more information.