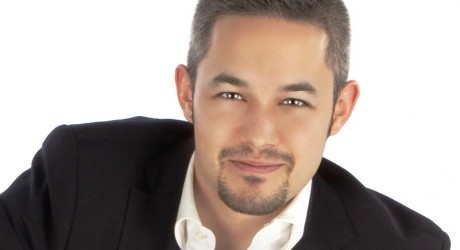 THE Royal Scottish National Orchestra’s (RSNO) Canadian assistant conductor, Jean-Claude Picard, has been appointed to the position of RSNO associate conductor for the final year of his extended tenure with the orchestra.

The change of title reflects Picard’s developing relationship with the ensemble and his central involvement in some of the orchestra’s high-profile events over the past two years.

As well leading the RSNO for programmes as part of the orchestra’s season, its Learning and Engagement activities and for partners Children’s Classic Concerts, Picard has conducted performances for the Glasgow 2014 Commonwealth Games cultural celebrations and the Ryder Cup opening ceremony at Glasgow’s Hydro, performing alongside artists such as Midge Ure and Nile Rodgers.

Picard’s initial term with the RSNO was for two years, extended for a further year so Picard could also participate in the first part of the organisation’s 125th anniversary celebrations, which commences this October.

“There is the undeniable aspect of being recognised by my fellow colleagues for all of the hard work I have put in over the last two years, but there is something crucial about the aspect of knowing that I will be able to share another year of extraordinary musical and human moments with everyone at the RSNO, especially with my mentors, Peter Oundjian and Thomas Søndergård.”

RSNO music director, Peter Oundjian, said: “I’m delighted that Jean-Claude has accepted the post of associate conductor. What he has so far achieved with the RSNO has been remarkable and far beyond what we had expected of an assistant conductor. It therefore seems only right and proper that we recognise his contribution in this way. I very much look forward to working with him in celebrating the orchestra’s 125th anniversary.”

Jean-Claude Picard marks his final year with the RSNO with a programme featuring Richard Strauss’ Suite from Der Rosenkavalier, the Adagietto from Mahler’s Symphony No5, Tchaikovsky’s Capriccio Italien, and, with soloist Boris Giltburg, Rachmaninov’s Piano Concerto No2.

In Inverness, he will conduct Sibelius’ Symphony No. 2, Mendelssohn’s Hebrides Overture, Fingal’s Cave, and, with soloist Katherine Bryan, Vaughan Williams’ The Lark Ascending.

Jean-Claude also leads the orchestra and soprano, Ailish Tynan, in a New Year programme of Viennese fayre, visiting Dunfermline, Langholm, Inverness, and, for the first time in some years, Forfar and Stirling.

In October 2015, the RSNO begins celebration of its 125th anniversary, coinciding with the organisation’s relocation to a new, purpose-built rehearsal and performance space in the centre of Glasgow.