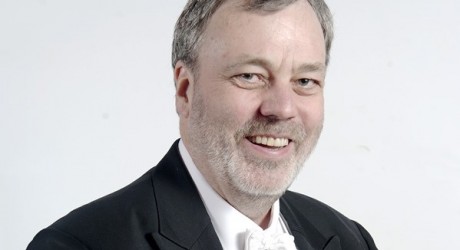 JAMES Clark will step down from the Royal Scottish National Orchestra (RSNO) later this month after five years as co-leader.

James, who is also co-leader of the Royal Liverpool Philharmonic Orchestra, is based in Merseyside, and aims to spend more time with his family as well as concentrate more of his time on performing chamber music.

Clark became a well-known figure at the front desk of the first violins as guest leader following the retirement of Edwin Paling in 2007.

In 2010, he was appointed to the specially-created position of principal guest leader, and in 2011 accepted the permanent joint leadership alongside Maya Iwabuchi. In August 2011, Clark won a Herald Angel Award, recognising his outstanding performances at that year’s Edinburgh International Festival.

RSNO leader, James Clark, said: “I have fond memories of working with my colleagues at the RSNO and have hugely enjoyed the times we’ve worked together – it’s an ensemble with a strong artistic identity and dynamic quality and I’m proud to have played a part in its continuing development.

“Particular highlights for me have been recording and performing American music with music director, Peter Oundjian, recording and performing the orchestral works of Debussy with Stéphane Denève, our appearances at the Edinburgh International Festival, touring across Scotland – including a wonderful week-long residency in Shetland, where we collaborated with local musicians, and at the St Magnus Festival in Orkney – and performing at the BBC Proms at the Albert Hall.”

RSNO music director, Peter Oundjian, added: “Working alongside James has been an absolute pleasure. His talent as a top-flight orchestral musician cannot be questioned, but our shared background as quartet players has made these years of shared music making particularly meaningful. He leaves with us a legacy of an ensemble in great shape, and we would all like to wish him the very best for the future.”

The RSNO will be inviting guest leaders to join the musicians while the search for a successor to James Clark is undertaken.

In October 2015, the RSNO begins the celebration of its 125th anniversary, coinciding with the organisation’s relocation to a new, purpose-built rehearsal and performance space in the centre of Glasgow.

For more information on RSNO concerts and events, visit www.rsno.org.uk