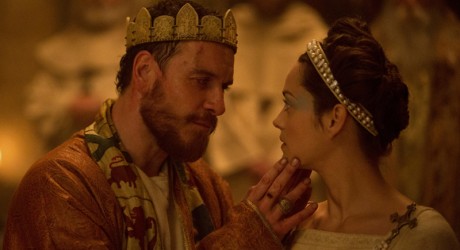 A FREE talk in Inverness next month will discuss the tourism opportunities which are generated when films and TV series are shot in the Highlands and Islands.

Jenni Steele, VisitScotland’s film, culture and heritage marketing manager, and Cameron Taylor, co-author of the travel book, ‘On the Trail of the Real Macbeth, King of Alba’, will discuss the impact productions such as ‘Outlander’, ‘Local Hero’, ‘Highlander’ and the forthcoming film release  of ‘Macbeth’ (in cinemas 2 October) have on the region’s tourism industry.

Jenni Steele explained: “The Highlands and Islands have played a huge role in film tourism over the years, with appearances in blockbusters such as Braveheart, Prometheus, Skyfall and Whisky Galore, filmed on the Isle of Barra. Hit television series such as Outlander, meanwhile, have also seen Scotland’s breathtaking scenery play a starring role.

“We know that there is a huge appetite for ‘set-jetting’ and that films and TV with a Scottish connection can have a profound effect on the visitor economy. With 40 per cent of visitors to the UK inspired to come here after seeing a location on film or on television, a major TV series or movie being shot on location in the Highlands and Islands carries huge potential benefits for the tourism industry.”

The event is part of the University of the Highlands and Islands’ business lunch seminar series which has hosted talks on a range of topics, from internet security to crowdfunding.

The second seminar in this term’s programme will be presented by the award-winning writer, Janet Paisley. Organised in association with Moniack Mhor Creative Writing Centre, Janet will give an insight into her work to preserve the Scots language and how she has built lasting relationships with readers in Russia and the Ukraine from her base in Scotland.

Speaking about the forthcoming series, the university’s key account director, Gary I Campbell, said: “These seminars show how Scotland’s cultural and creative industries have a global reach in different ways and how businesses in the area can benefit from these connections.

“As an university which serves our region and its communities, we want to support inward investment and business growth. The talks also give our students a chance to hear from industry experts; students are at the heart of what we do and we want to provide them with many opportunities as possible.”

Both talks will take place at the University of the Highlands and Islands executive office at Ness Walk, Inverness, from 12.30pm to 1.30pm and can also be attended by video-conference. ‘From Macbeth to Outlander – a cauldron of film tourism opportunities’ will be held on Friday 4 September and ‘An audience with Janet Paisley’ will take place on Wednesday 9 September. The seminars are free to attend and buffet lunches will be provided.