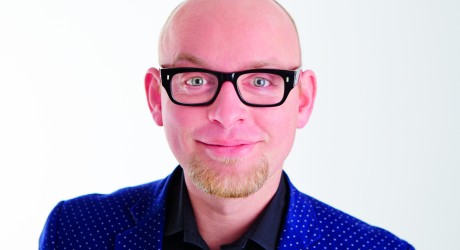 As well as developing his reputation as a top-class circuit headliner and in-demand MC and host, he has also done regular TV warm-up for the likes of Jonathan Ross, John Bishop and Celebrity Juice. His comedy podcast, Dan Nightingale’s In The House, is available on iTunes.

The regular crowd-pleaser, whose musings have warmth and easy-going charm, will be joined on stage by Micky Bartlett, one of Ireland’s brightest rising stars, and the downbeat and whimsical Phil Wang.

Scott Agnew, the 6’5” powerhouse from Glasgow will be taking on the compering duties, making sure the audience have a fantastic night and the evening runs smoothly.

Widely hailed as one of the funniest and fastest rising stars on the live stand-up circuit, Northern Irish comedian, Micky Bartlett (from BBC NI’s Monumental), will be taking time out from the Edinburgh Fringe to entertain Glasgow with his unabashed and hilarious observations of life, the world, and the people in it.

“One of the most consistently funny people I’ve ever worked with… In years to come, people will be talking about the time they first saw Micky Bartlett.” (Adam Hills).

Phil Wang, “master of the intellectual dick joke” (Time Out), who has a downbeat style, will also be flying in from his Edinburgh Fringe run to take on Glasgow.

Whether it’s race, family, love, satire, or sex – this suave dork is full of surprises.

His technique is flawless and his observations are astute; touching on subjects such as anxiety, the sneakiness of love, his girlfriend’s suit fetish, his half-Chinese, half-English heritage and open relationships.

Scott Agnew’s easy-going, laidback delivery and friendly approach to stand-up often lulls his audience into a false sense of security before he spins yarns of general misadventure, mixing tales that will both shock and have them laughing uncontrollably.