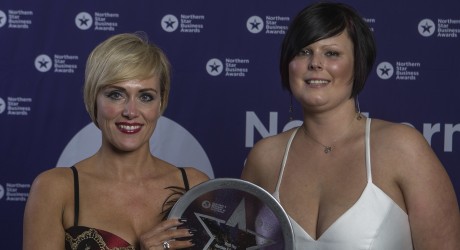 A SCOTTISH PR and media firm has secured recognition in one of the North-east’s most prestigious business awards.

Frasermedia, which is headquartered in Aberdeen with a second office in Inverness, was named as one of the winners in the Northern Star Business Awards, organised by the Aberdeen and Grampian Chamber of Commerce (AGCC).

The PR firm won the Made in Aberdeen category, which was a new award introduced at this year’s ceremony. The award celebrates collaborations between arts and business in the North-east.

Frasermedia was shortlisted alongside its client, North Hop Aberdeen, following the success of the PR and marketing campaign to launch the craft beer festival in Aberdeen in April 2015.

The inaugural Aberdeen festival sold out within two weeks of being announced and saw more than 700 people attend throughout the weekend festivities.

Managing director of Frasermedia, Pauline Cook, said: “We are absolutely thrilled to win a Northern Star award and I’m delighted that the hard work of both the team at Frasermedia and our client has been recognised for its fantastic work.

“The Northern Star Business Awards is one of the most prestigious and sought-after awards in the North-east and it’s a real honour to be among some very worthy winners and receive this accolade.”

Michelle Russell, North Hop Aberdeen festival director, said: “The inaugural festival in the city was really embraced by the people of Aberdeen this year, and the joint campaign between us and Frasermedia really helped to make the event a sell-out success.

“We are already planning next year’s festival for the city and it’s going to be bigger and better than before, and winning this award will undoubtedly further raise the profile of North Hop Aberdeen.”

North Hop Aberdeen 2016 will take place at the Aberdeen Exhibition and Conference Centre during the weekend of 30 April and 1 May 2016.