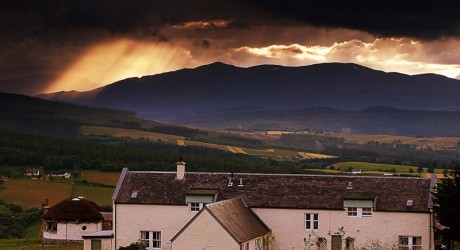 MONIACK Mhor’s programme goes from strength to strength as it announces tutors and guests for courses in 2016.

The transition, that involved moving away from working with a partner charity, Arvon, has enabled full creative control over the programme, the reduction of course fees and also the launching of several new awards to support writers at the early stages of their careers.

Centre director, Rachel Humphries, says: “I’m thrilled by the spread of courses for 2016 and I strongly feel that each course, whether fiction or poetry, complements the next.

“We’ve seen an increasing number of people attending more than once in 2015 and the new programme should provide a progressive approach to supporting individual writing ambitions.

“We’re also able to continue to offer bursaries to support course. We’ve been met with a huge degree of support in the early stages of programming and some of the finest writers in Scotland and the UK have welcomed the opportunity of tutoring with us with open arms.

“We launched Moniack Mhor as an independent writing centre this time last year and this programme is a testament of the centre going from strength to strength. I’m excited by what lies ahead.”

In the year since Moniack Mhor relaunched itself, over 250 aspiring writers have come through the doors of the converted croft in the Scottish Highlands.

Participants have learned about plotting from Val McDermid, children’s writers gained advice from former children’s laureates, three award-winners have been given time, space and tuition to improve their writing, and local writers have been better supported with a series of one-off events to illuminate other aspects of the writing life, with agents, publishers and journalists.

2016’s programme will build upon this rich storm of literary activity by offering more opportunities to learn from the finest writers in the business.

Programmer, Cynthia Rogerson. says: “The 2016 program is different – many writers who are new to Moniack, including Dreda Say Mitchell, Rafaella Barker and the amazing Naomi Wood.

“I was also thrilled to entice Jens Christian Grondahl to come from Denmark. We’re experimenting with some new genres, including Illustrating & Writing (Mairi Hedderwick, Bob Dewar and Alasdair Gray), and A Walking Retreat (Emily Rhodes).

“Michel Faber will talk about his novel Under the Skin following the film, and Andrew Martin (National Library Archivist and Buchan expert) will discuss John Buchan after a screening of 39 Steps.

MEDIA RELEASE issued by Moniack Mhor. You too can post media releases (aka press releases) on allmediascotland.com. Email here for more information.