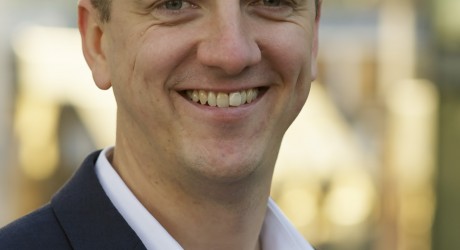 COMMSWORLD has revealed the first business has now gone live on the Edinburgh CORE network and is enjoying ultra-fast internet speeds.

Media buying firm, Republic of Media, has officially become the first business in the capital to be connected to the future-proofed ‘pure fibre’ infrastructure, which will deliver internet speeds approximately 100 times faster than the average found in the UK.

Simon Crunden, director of Republic of Media, believes the ultra-fast connectivity will play a vital role in ensuring that Edinburgh continues its pace of transformation into a world-renowned digital hub.

Simon said: “As a media buying agency founded in the digital age, a vast proportion of what we do is to help clients make the most of online marketing opportunities.

“It is therefore essential that we have the fastest, most reliable connection available to us.

“Since hooking up to the ultrafast network earlier this month, connection speeds have been well and truly transformed, which will undoubtedly have a positive impact on the business.

He added: “When we looked to the market to find a business to help us achieve our goals, Commsworld soon emerged as an obvious choice.

“Being able to deal face to face with an Edinburgh business is very important to us, as in the past we have worked remotely with large corporations, which was far from ideal.”

Businesses in the city have been quick to realise the potential operational and financial benefits with more than 350 firms registering their interest in the scheme, helping determine the route and reach of the network.

Says a spokesperson: “Edinburgh was the second Gigabit city to be announced by CityFibre in Scotland, following a similar launch in Aberdeen last year and the first capital city project.

“Despite the scale of the Edinburgh project, an incredibly efficient build aided by the City of Edinburgh Council, which has thrown its support behind the innovative project, has allowed the first capital connection to be made ahead of the initial schedule.”

Ricky Nicol, CEO of Commsworld, is delighted to see the project moving along so swiftly and revealed that he expects several other businesses to go live in the coming weeks.

He said: “Congratulations to the Republic of Media for becoming the first firm to connect to this hugely exciting project set to transform business in Scotland’s capital.

“The buzz since we announced this at the end of May has been absolutely incredible.

“Over 350 businesses have now registered their interest, we’re getting enquiries every day and on a more personal level business owners are asking me about it all the time.

“This level of interest means that it’s vital to actually get it to market as quickly as possible, therefore I’m absolutely delighted to see the first connection going live and I’m sure they will be joined by many more over the coming weeks.

“It’s great to see the Edinburgh business community embracing the project and the huge benefits it could bring to them and the city as a whole.”

The route of the initial 50km first phase of the Edinburgh CORE network throughout the city has been shaped by demand with CityFibre laying the infrastructure near businesses that have registered their interest in the service.

However, due to high demand and the recent partnership with CGI – which will see City of Edinburgh Council roll the ultra-fast network out to its public sector buildings – the project has been expanded to 150km. Therefore, businesses outside of the city centre are set to benefit from the improved operational efficiency, increased productivity and enhanced digital customer services, offered by the network.

James McClafferty, city development manager at CityFibre, said: “Edinburgh represents our first capital ‘Gigabit City’ and we are thrilled by the amount of interest and hugely positive feedback that we’ve had already.

“We are delighted to have the first business connected so soon and we look forward to seeing the network reach expanding rapidly over the coming months.

“Ultra-fast, gigabit connectivity appeals hugely to digitally dependant businesses and this is only going to grow with time. As a Gigabit City, Edinburgh is in a privileged position as one of the best digitally-connected locations in Europe.”

Commsworld, founded in 1994, is one of Scotland’s leading telecommunications network providers, providing customers with a full range of integrated communications solutions.

Issued on behalf of Commsworld by Holyrood Partnership, 0131 561 2244 or info@holyroodpr.co.uk