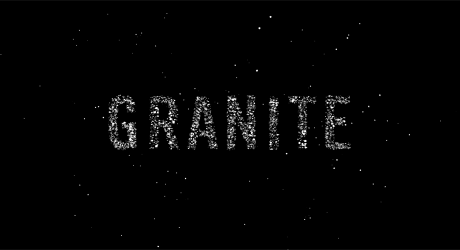 AS the last weekend before Christmas sees the streets become busier than ever, with workers, shoppers and party-goers, the people of Aberdeen can expect to see the city centre come to life in exciting new ways.

As part of the National Theatre of Scotland’s and Aberdeen City Council’s Granite project, 60 windows at 11 locations across the city will shine into life, as video portraits of everyday Aberdonians are projected from within the buildings onto the streets below.

Granite Video features over 100 Aberdeen people from all walks of life, filmed at shopping centres, workplaces and public buildings over the past few months.

All participants were asked to tell a little about themselves and what connects them to Aberdeen – but without using words. The resulting movements and gestures were then slowed down with imagery and text edited in.

The 30-second portraits have been created by video artist Graeme Roger, who believes the slow-mo technique captures a different side to people.

Video artist, Graeme Roger, says: “Spending time and meeting a diverse range of people from across the city is fascinating for me, and I always feel privileged when stories are shared and, for a moment, you get to see what people are ‘really’ like.

“We asked people three questions but asked them to respond without using words. What you get back is something really honest and intimate.”

The three questions asked were:

• What’s the most incredible thing that has ever happened to you?
• What brings you here?
• What do you need to get you through the day?

The window projections will be arranged in ten clusters, shown between 5pm and 10pm on Friday 18th and Saturday 19th December 2015.

A list of all locations is available at GraniteAberdeen.com, and a map available in print from ACT Aberdeen, His Majesty’s Theatre, the Music Hall and Seventeen Belmont Street.

Also taking place on the same weekend, and also inspired by the same three questions, is Granite Dance, a showcase for two groups from Aberdeen’s acclaimed Citymoves Dance Agency.

Two performances will take place on Saturday 19th, at 1pm and 3pm, on St Nicholas Street, in front of M&S.

Choreographer, Brigid McCarthy, says: “It has been an absolute pleasure bringing these two groups together in one project and the resulting dance is a testament to their imaginations.

“We too have worked on the questions: creating movement phrases which the group has directed and honed itself.

“The inspiration for the whole dance is making connections with the past and walking with it into the future, and looking at how we can unite groups by looking at what they have in common – in this case folk dance.”

Granite Video and Granite Dance take place as part of the wider Granite project, an eight month artistic exploration of the city’s past, present and future.

On the 6th and 7th November 2015, over 100 people took part in Granite Sound, an immersive, radiophonic city sound tour, while the following weekend, 20 young performers dressed as granite cutters took to the streets to perform new mini theatre pieces under the banner of Granite Theatre.

The project will culminate in the creation and performance of an epic theatrical production, taking place in the quadrangle of Marischal College in March and April 2016, featuring a cast of professional actors and musicians and a local community cast of over 100 people.

Tickets will go on sale in January 2016.

All events family-friendly and outdoors – please dress for the weather!
National Theatre of Scotland Press contacts:

MEDIA RELEASE issued by NTS. You too can post media releases (aka press releases) on allmediascotland.com. Email here for more information.