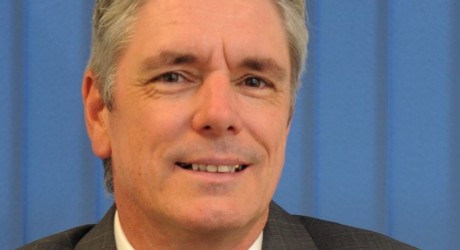 Begins a spokesperson: “With an estimated 65,000 jobs lost in the oil gas sector since 2014, and more announcements of redundancies every day, energy companies have been forced to let go of a significant amount of expertise and experience.”

When it comes to making a decision about who to cut from a company Steve Cook, CEO of Empire HR, says employers need to be careful not to lose too much experience.

He said: “Employers should think twice before encouraging older workers to leave or handing our early retirement packages, as experienced personnel can be more keen than their younger colleagues to take up the offer of redundancy – with the prospect of a good pay off and an early pension attracting seasoned personnel.

“Highly-skilled oil and gas workers, often with 30 or 40 years’ experience, may be keen to become consultants or hit the golf course, but the companies they are leaving will undoubtedly miss their knowledge and years of experience.

“At 50, a healthy worker could possibly contribute to a company for another 20 years, so offering early retirement packages could backfire.

“Cutting costs does not have to mean losing your most valuable staff.

“At Empire, we have been helping clients make those tough cost-cutting decisions. Often that may mean changing working practices by introducing job-shares or flexible working, wage freezes or changing bonus systems.”

“At Empire, we have one of the biggest employment law teams in the North-east of Scotland, which helps our clients avoid falling foul of anti discrimination laws and unfair dismissal claims.

“Our regular employment law sessions give us the chance to talk through the implications of the latest legislation changes, which can be a minefield.

“Anti-age discrimination legislation means workers are no longer obliged to retire at 60 or 65, so bosses have to be careful not to ask an employee to quit when they reach a magic age, or potentially face a costly tribunal.

“While employees are free to retire as before, they may be less inclined to do so as the state pension age increases and yields from pension pots decline.

“All employees should be treated the same, regardless of age, and employers should invest in training and support irrespective of age. Older workers who request more flexible hours do not give up any employee rights.”

However, as with all employees, bosses are not obliged to tolerate an underperforming member of staff – the key is to be consistent, Mr Cook explains.

“Underperformance can be difficult to prove, and that’s where Empire’s highly-experienced HR consultants can help ease the pain for both parties.”

And then there is an issue of laid-off workers being potentially vulnerable to depression. The health of workers of all ages will be in the mind of employers during staff reorganisation.

Mr Cook said: “Empire has recently launched a mental health First Aid course, which was developed by NHS Scotland, and enables employees to gain a greater understanding of mental health issues with a view to signposting colleagues to the right professional help.

“Unfortunately, the fear of job loss, and resultant reduced earnings, can cause extreme stress and one which employers need to take seriously during a restructuring exercise.

“The energy sector has seen many businesses fall by the wayside over the last year.

“However, with expert advice, firms may come out stronger and fitter. Fairness, a lack of discrimination and flexibility appear to be key in maintaining the skill base of a company – not just for today but for the long term too.”