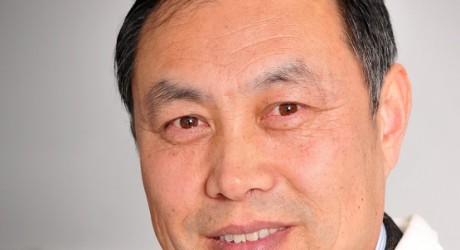 AN Inverness scientist will deliver a free talk on the relationship between genes, diet and health in the city, later this month.

Professor Jun Wei is a senior researcher in genetics and immunology at the University of the Highlands and Islands.

He was awarded the title of Professor last year and will give his inaugural Professorial lecture on Wednesday 27 January.

Professor Wei will discuss how dietary proteins such as cow’s milk casein and wheat gluten are involved in health conditions including type-1 diabetes, coeliac disease and schizophrenia through their interaction with genetic components (genes) in humans.

He explains: “More than 90 per cent of human diseases are related to a genetic component, but genetic make-up never works alone on conferring a risk of common health conditions.

“The genetic and environmental factors are likely to work together in the development of most human diseases.”

Professor Wei joined the university in 2006.

Based at the Centre for Health Science, his research team conducts research into schizophrenia, diabetes, cardiovascular disease, cancer and other common diseases. He has worked in medical research for more than 30 years and published over 100 papers in internationally reviewed journals.

Professor Wei’s lecture will take place from 6pm to 8pm at the Centre for Health Science in Inverness. It will be free to attend and refreshments will be provided.

MEDIA RELEASE issued by UHI. You too can post media releases on allmediascotland.com. Email here for more information.