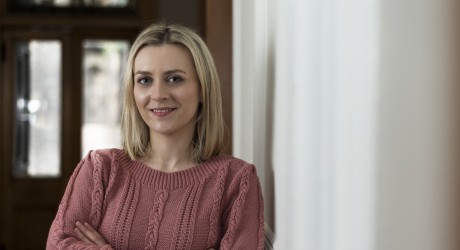 Previously director of research, Rippon has been overseeing the charity’s programme of research funding and acting as scientific adviser to the chief executive and the board.

Rippon takes the reins from Norman Barrett, who, after eight years with the charity, has taken retirement.

As an experienced director within the medical charity sector, Rippon has a broad background of managing diverse research grant programmes with charities such as Prostate UK and Age UK.

Since joining Worldwide Cancer Research in 2012, she has grown the charity’s research funding strategy and policies, transformed the way the charity talks about its pioneering science to supporters, and directed a significant internal restructure.

She has a Ph.D in Molecular Biology from the University of York and was a postdoctoral research fellow at Imperial College London.

As chief executive, Dr Helen Rippon will continue oversight of the grant programme (with an annual research spend of £10 million and current portfolio value of over £30 million) and will be responsible for the delivery of the charity’s new and ambitious five year strategy and vision.

Dr Helen Rippon commented: “I am delighted to be taking the helm of Worldwide Cancer Research. We have an exceptional and unique perspective on funding pioneering, early-stage cancer research across the globe and at some of the world’s leading research institutions.

“And whilst, in many respects, it is a turbulent and rapidly-changing world for charities, there has never been a more exciting time to be funding cancer research. Research that we hope will one day change the way the world sees cancer.”

Worldwide Cancer Research is recognised as the only UK-based charity that funds early-stage research into any cancer type at some of the world’s top research institutions. In its 35-year history, it has awarded over £192 million in research grants

The basic and fundamental research discoveries made during this time – the ones that have sought to understand the most fundamental mechanisms of cellular life and death – have made important contributions to scientists’ modern understanding of cancer.

Findings from Worldwide Cancer Research grant holders have also aided advances in diagnosis and treatment across a wide range of cancer types.

More recently, the charity’s research has resulted in several patented chemical compounds that will hopefully become cancer drugs of the future.

It was also involved in the early-stage development of Olaparib, acknowledged as the first in a brand new class of cancer drugs which has recently received approval from NICE for prescription on the NHS to help in the treatment of advanced ovarian cancer.

MEDIA RELEASE issued by Worldwide Cancer Research. You too can post media releases on allmediascotland.com. Email here for more information.