Media Release: Quick Off The Mark Productions to bow out on Friday 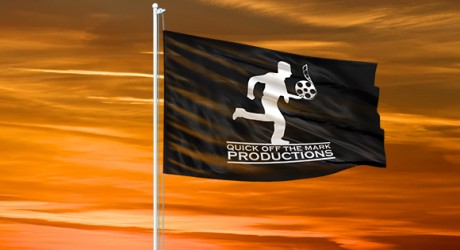 GLASGOW-based production company, Quick Off The Mark Productions, have announced that they will close their doors this Friday [February 19] – after nearly seven years in business.

The company had revealed in October last year that they would close in the new year, following the news that director, Mark Ferguson, was moving to Canada.

Fellow director, Chris Quick, said: “It’s very sad to bring things to an end but we have enjoyed a great run and have had the pleasure of working with so many  talented individuals from across the country.”

The company, which stared on October 9 2009, has been involved in various aspects of filmmaking such as corporate videos, weddings and live sport events – including the Katana Fighting series hosted by former Scottish former world Thai / Kick Boxing champion, Duncan Airlie James.

It has also enjoyed success with its short films and have competed at festivals across the globe.

Says a spokesperson: “In 2013, the company made the headlines on CNN following the death of Margaret Thatcher. The news channel, which was discussing portrayals of the former Prime Minister in film, spoke of Steve Nallon’s performance in the company’s feature film, ‘In Search Of La Che’, in which a character of Thatcher plays a part in the story of fictional rock star, Roxy La Che.

“In recent years, the company enjoyed success in Australia when its short film, ‘The Greyness of Autumn’, won the Best comedy accolade at the 2015 People of Passion Film Festival. It was intended that the company would play a main part in the film’s sequel, ‘Autumn Never Dies’, but these duties will now be carried out by Pentagram Productions UK and Suited Caribou Media.”

MEDIA RELEASE issued by Quick Off The Mark Productions. You too can post media releases (aka press releases) on allmediascotland.com. Email here for more information.