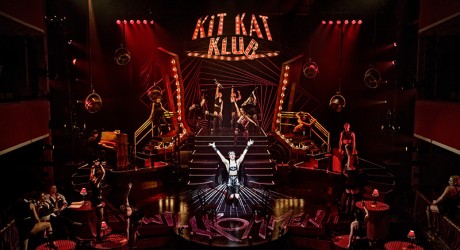 THE Royal Conservatoire of Scotland (RCS) has been ranked sixth in the world of performing arts education in a new global review published today.

The review can be found here.

RCS is a national and international centre of excellence for the performing arts.

It is one of the world’s most multi-disciplinary arts learning and teaching environments. Through our innovative curriculum we offer highly specialised education in and across the art forms of music, drama, dance, film and production.

Professor Jeffrey Sharkey, principal of the Royal Conservatoire of Scotland, said: “I am thrilled and incredibly proud to see the innovative and ground-breaking work of our staff and students recognised in the global top ten of these highly-respected QS rankings.

“The Royal Conservatoire of Scotland is leading the way in redefining the performing arts for our nation and our students and graduates make diverse and important contributions to the arts and society globally.

“There is a special energy and daring creativity in our home city of Glasgow and I hope this recognition helps celebrate Scotland’s place as one of the world’s dynamic cultural nations.”

The world ranking announcement comes as the RCS celebrates a five-star review for its spectacular production of the iconic musical, Cabaret, and the launch of a new brand identity campaign aimed at attracting students to study at one of the world’s most innovative conservatoires.

The key campaign message, Life is not a rehearsal, speaks to prospective performing arts students who are making the important and life-changing decision on where to apply for higher education study.

The Conservatoire has also just recently announced a £2.3million campaign to create new Creative Campus with a one-to-one teaching complex and the creation of a flexible rehearsal space.

* 88 per cent of School of Drama, Dance, Production and Screen students are in employment of further study (HESA 13/14)