Media Release: Lugansky and Prokofiev with the RSNO in 2016 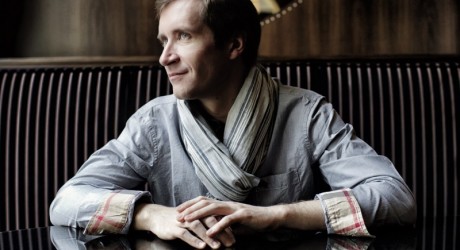 AS part of the Royal Scottish National Orchestra’s 125th anniversary celebrations, Russian pianist, Nikolai Lugansky – whom The Guardian described as “…a true inheritor of a profound keyboard tradition”, and who has a relationship with the RSNO spanning 20 years – will return in April for his first of four 2016 visits which will see him perform all five of Prokofiev’s Piano Concertos in the 125th anniversary year of the composer’s birth and orchestra’s founding.

Since then, he has joined the orchestra on four further occasions, including another BBC Proms appearance in 2013 and a joint visit to the Aix en Provence Music Festival in the same year.

Nikolai and the RSNO commence the concerto cycle in April when they perform Prokofiev’s concerto for the left hand, Piano Concerto No4, commissioned by Austrian one-armed pianist, Paul Wittgenstein, also famed for commissioning, amongst others, Ravel’s Piano Concerto for the Left Hand (to be performed by Steven Osborne and the RSNO this coming April), in a programme paired with the orchestral suite from the composer’s accompaniment to the ballet Cinderella, led by the RSNO’s principal conductor from 1994 to 2005, Alexander Lazarev.

He re-joins the orchestra and RSNO music director, Peter Oundjian, the following month for performances of the Second Piano Concerto, counterpointed in the programme with Shostakovich’s Symphony No8.

Returning for the Orchestra’s 2016:17 Season, in early November, Nikolai performs Prokofiev’s fifth and first Piano Concertos in the same programme and concludes the concerto cycle with the most popular of the five, Piano Concerto No3, the following week.

Pianist, Nikolai Lugansky, said: “The RSNO is an orchestra with which I have a very special relationship. I am always excited and honoured to return to this orchestra and to Scotland, with its wonderful people and cities. I have many special memories playing with this orchestra, including the concert at the Proms a few years ago.”

RSNO music director, Peter Oundjian, added: “To the audience, it’s abundantly clear that the RSNO and Nikolai have this connection, something rare which in part stems from the length of the relationship.

“I’ve known Nikolai for a number of years now and always look forward to our performances together. His combination of pointillist technique, deeply ingrained understanding and feeling is so valuable and such a joy to experience. It’s only fitting that he should be our principal guest soloist in 2016, performing these five concertos in the 125th anniversary of both composer and orchestra.”

The Prokofiev Piano Concerto Cycle with Nikolai Lugansky commences with Lazarev Conducts Cinderella at Perth Concert Hall on Thursday 14 April, at the Usher Hall, Edinburgh on Friday 15 April and at the Glasgow Royal Concert Hall on Saturday 16 April.