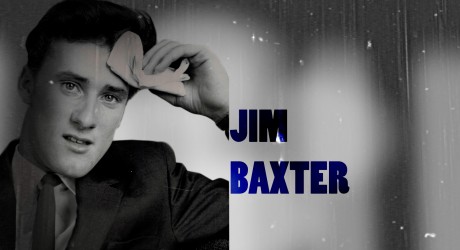 A NUMBER of BBC ALBA programmes have been shortlisted in this year’s Royal Television Society (RTS) Scotland awards.

The RTS awards are the gold standard of achievement in the television industry recognising excellence across the entire range of programme making and broadcasting skills.

Three BBC ALBA programmes have been nominated in the RTS Scotland Awards after a number of the channel’s programmes were submitted in a variety of award categories.

Vilte Vaitkute, editor of media co-op’s ‘The Wee Govan Pipers / Pìobairean Beaga Bhaile Ghobhainn’ documentary – which was produced for BBC ALBA – is in the running for the Best Post Production: Editing award.

The hour-long documentary (broadcast, New Year’s Day) charts the first 18 months of the new Govan Schools Pipe Band. It was narrated by Ewen Henderson of the band, Mànran, who also wrote the original music for the film.

‘Tartan Pride’ and ‘Jim Baxter’, both films produced by purpleTV for BBC ALBA, are competing against each other in the Best Sports Programme category, alongside BBC Scotland’s ‘Sportscene at 40’.

Presented by Alex O’Henley, ‘Tartan Pride’ (broadcast, January 2015) is a factual entertainment documentary film about the historical, emotional and cultural impact of the Scotland versus England ‘Auld Enemy’ football fixture.

The ‘Jim Baxter’ film, also presented by Alex O’Henley, (first broadcast September 2015 and repeated tonight, 14th April 2016, at 9pm) explores the life of the legendary Crossgates Primrose, Raith Rovers, Rangers and Scotland footballer who died of pancreatic cancer in 2001 at the age of 61.

Margot McCuaig of purpleTV who wrote, produced and directed both films, said: “We are absolutely delighted to have achieved two nominations in this year’s awards.

“Both films were a pleasure to work on given the emotive content of each and to gain this level of appreciation for them is a real honour. Our Jock Stein documentary scooped the Best Sports Documentary Award 2015 so to be in the running again this year is fantastic for the entire team at purple.”

Louise Scott, producer from media co-op, said: “I am so thrilled that my colleague Vilte, who came to media co-op first for mentoring when she was an apprentice on an ethnic minorities film scheme, is now getting the industry recognition she deserves for her editing talent.

“Whether we win or not, we are enormously proud to be one of only three films shortlisted for the editing craft category.”

Alan Esslemont, head of content for BBC ALBA, said: “To have three programmes shortlisted in this year’s RTS Scotland awards is a huge testament to the high quality content available on BBC ALBA across a variety of programme genres.

“The Wee Govan Pipers was a real hit with our viewers and is a heart-warming documentary which used some of the footage filmed by the pupils featuring in the film, so it is particularly pleasing to see it in the running for Best Post Production award for editing.

“Having been involved in the initial commissioning stages of the two purple TV sports films it is hugely rewarding to see them gaining recognition within the highly competitive television industry, and I wish the nominees the very best of luck at the prestigious award ceremony.”

The winners will be announced at a ceremony hosted by newsreader, Catriona Shearer and popular TV actor, Sanjeev Kohli, on Wednesday 25th May at the Òran Mòr, Glasgow.