Media Release: MSPs called to do more for 55,000 Scots in National Epilepsy Week vote of support 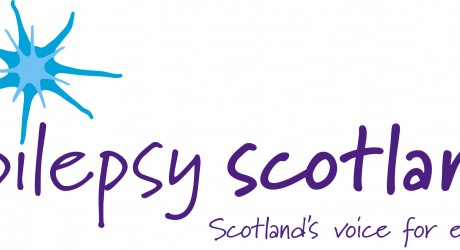 SCOTLAND’S leading epilepsy charity is calling on MSPs to do more for people with epilepsy in this new parliament.

Recently-elected MSPs are being urged by Epilepsy Scotland to pledge their vote of support starting from National Epilepsy Week (16-22 May) and back the leading charity’s campaign for greater investment in epilepsy services which could save lives and NHS resources.

“For far too long, a large proportion of the 55,000 people and families across Scotland living with the condition have, for a variety of reasons, experienced patchy access to appropriate services; in some areas no service at all.

“This is something MSPs can address in this new parliament. Our campaign message is simple; investing in epilepsy management now can save lives as well as unnecessary costs for the NHS.

“Being able to access appropriate resources helps those who develop this common neurological condition today and for years to come.

“Research findings suggest that while just over half of people with epilepsy have seizure control, seven in ten could become seizure-free if they received optimum care.

“We appreciate the recently-revised SIGN guidelines for managing the care of adults with epilepsy are not mandatory for NHS boards.

“Yet, in the same way as the Curriculum for Excellence aims to ensure that every child and young person reaches their full potential, so will the implementation of this updated SIGN guideline provide adults with the very best diagnosis, treatment and management of their epilepsy.

“We are urging MSPs to make this a matter of priority with their own health boards given one in 97 of their constituents, or around 500 adults live with epilepsy.”

Lesslie Young added: “Epilepsy should not stop anyone from reaching whatever their potential is or having the best possible quality of life in spite of their condition and what may come with it.

“Achieving that goal is dependent on many things; equity of access to information, education, clinical support, social support, support for families and carers and of course funding.

“These are challenging times, but I believe the benchmark of a truly caring and inclusive civic society is the way in which we respond and meet the varied yet basic needs of our most vulnerable individuals and their families.

“Support from our Scottish Parliament will help to achieve this.”

From today, Scottish politicians can sign up to Epilepsy Scotland’s campaign call ‘Support for epilepsy gets my vote, starting from National Epilepsy Week.’ and take a selfie with it for their website and promote this on their facebook, and twitter pages (hashtag #epilepsyhasmyvote).

The charity’s social media followers are being asked to share what they want newly-elected MSPs and the Scottish Government to do for epilepsy.

MSPs and Ministers can take on board these messages from constituents.

MSPs can also give their support to the re-registration of the Cross-Party Group on Epilepsy and consider being a breakfast host for National Epilepsy Week and get people talking about epilepsy in the Scottish Parliament.

Notes to the editor:

Epilepsy Scotland works with people affected by epilepsy to ensure that their voice is heard. We campaign for improved healthcare, better information provision and an end to stigma. This common serious neurological condition affects one in 97 people. We represent the 55,000 people with epilepsy, their families and carers. Our freephone Helpline (0808 800 2200) offers support and information. People can email (enquiries@epilepsyscotland.org.uk), text 07786 209501, find us on Facebook, use twitter @epilepsy_scot or visit: www.epilepsyscotland.org.uk

MSPs can sign up to Epilepsy Scotland’s campaign call ‘Support for people with epilepsy gets my vote, starting from National Epilepsy Week.’ More details at www.epilepsyscotland.org.uk

Small working groups of health professionals and voluntary sector representatives including Epilepsy Scotland have been meeting since to consider how these SIGN guidelines could be best implemented. A seminar (June) to outline these draft proposals is planned for this summer.

Research findings suggest that while just over half of people with epilepsy (52 per cent) have seizure control, seven in ten could become seizure-free if they received optimum care. About 9,750 people with epilepsy in Scotland may potentially become seizure free if their condition is better managed. Estimated savings in Scotland of £2,367,000, based on the 2003 population, were cited in the JEC’s Epilepsy Prevalence, incidence and other statistics paper, 2011. Such funds for better epilepsy management could be made available by reducing unnecessary treatment for people in Scotland who don’t have epilepsy or are on the wrong treatment (JEC 2005 report and All Party Parliamentary Group’s Wasted Money Wasted Lives 2007 report).