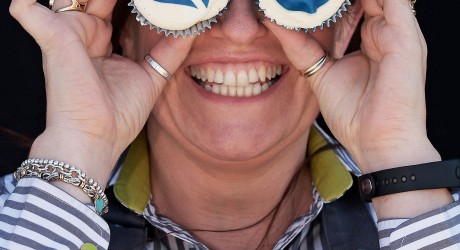 SINCE opening ten years ago this month, Waitrose has doubled the number of Scottish lines it stocks and helped dozens of Scottish producers go into distribution throughout its UK branches.

The retailer welcomed its first customers in Scotland in June 2006 with the opening of two branches in Edinburgh.

It now has seven stores employing 1,200 people and stocks more than 800 Scottish lines from more than a hundred suppliers.

Producers the length and breadth of Scotland, from Orkney and the Western Isles, to Carluke, Huntly and Perthshire have work with Waitrose to champion the wealth of food and drink available.

The supermarket’s buying team has the envious task of seeking out the very best Scottish produce to make sure Waitrose customers have the best quality at their fingertips.

Among the suppliers that initially supplied only Waitrose stores in Scotland and then secured UK wide listings with the supermarket are Findlaters’ Fine Foods, Mo’s Cookie Dough, Stoats and Just: Gluten Free.

Tony Stone, CEO at Stoats, said: “Waitrose was the first major retailer to stock our products and their backing in our early days gave us the experience and confidence to expand our business throughout the UK.”

Martin Henderson, managing director of Findlater’s Fine Foods, said: “Since we started with Waitrose in 2010, we have been able to invest in better facilities and employ more people to help with production. Waitrose is a perfect fit for us and our handmade artisan pâté, dips and pies.”

David Chapman, head of commercial, Aquascot, said: “There was real excitement at Aquascot when we found out Waitrose was coming to Scotland.

“Two years after the Edinburgh branches opened, Aquascot began the eight-year journey of becoming an employee owned business, something of a miniature version of the John Lewis Partnership.

“We now supply 44 lines across six categories and our overall volume in to Waitrose has almost doubled in ten years.”

The size of Waitrose means it has more flexibility to work with small-scale, often family run businesses who may not be set up to supply more than a few shops.

Producers like the Argyll Smokery, Perthshire’s Summer Harvest rapeseed oil and Simply Add Chilli have all grown with the supermarket in Scotland, supplying more stores as Waitrose opened in Glasgow, Newton Mearns, Stirling, Helensburgh and Milngavie.

Waitrose managing director, Rob Collins, said: “The wealth and quality of Scottish food and drink is a real source of national pride and we are equally as proud to have played a part in helping showcase its finest producers.

“We have established long-term relationships from the outset built on a shared passion for uncompromisingly good food, putting in place the foundations for us to continue to grow our Scottish supplier base.

“To discover a new food or drink is just as exciting today as it was ten years ago to and to see so many of them now supplying our stores across the UK is incredibly rewarding.”

Stephanie Pritchard, Scotland Food and Drink’s access to markets manager, commented: “Scotland Food & Drink has a long-standing relationship with Waitrose, including having delivered ‘meet the buyer’ events and working with food and drink suppliers to build their capabilities.

“Waitrose has a clear commitment to sourcing Scottish products and they’ve played an important role in the development of several companies here. As the retailer continues its growth, we look forward to continuing our collaboration, further building the Scottish offering across their Scottish and UK stores.”

As well as working with smaller producers, Waitrose has been a firm supporter of the Scottish agricultural and aquaculture sectors in its ten years of trading north of the border.

All of the supermarket’s counter beef is sourced from Scottish farmers, with Graham’s Dairy supplying all essential milk. Scottish egg farmers produce more than ten million eggs each year for Waitrose.

Waitrose’s dedication to quality and provenance has had a significant impact on the supply chain in Scotland. Macrae Edinburgh, run by Young’s Seafood, was purpose built to service Waitrose in 2007. Since then employment at the site has risen from 250 to 370 as sales continued to grow.